Republican senator Ron Johnson (Wis.) said Ukrainian president Volodymyr Zelensky made no mention during their September meeting in Kiev of feeling pressure from the White House to take action in return for military aid, contradicting his Democratic colleague Chris Murphy's characterization of the meeting.

In a Monday afternoon letter sent to top House Republicans, Johnson said he and Murphy (D., Conn.), who joined him on the trip, had a "very open, frank" discussion with Zelensky, and that there was no indication that Zelensky felt aid was being withheld for political reasons. House Intelligence ranking member Devin Nunes (R., Calif.) and House Oversight ranking member Jim Jordan (R., Ohio) had requested from Johnson all firsthand knowledge of his meeting with Zelensky.

"At no time during this meeting—or any other meeting on this trip—was there any mention by Zelensky or any Ukrainian that they were feeling pressure to do anything in return for the military aid," Johnson wrote. "Not even after Murphy warned them about getting involved in the 2020 election—which would have been the perfect time to discuss any pressure."

Johnson met with Trump at the White House to discuss the withheld aid to Ukraine just before leaving on his trip and says he told Ukrainians that Trump's reservations about releasing the aid were based on "endemic corruption and inadequate European support."

Johnson's account stands in stark contrast to comments made by Senator Murphy, who said in September—following news that a whistleblower had filed a complaint—that he heard "directly" from Zelensky that Ukraine felt pressured to investigate Hunter Biden's dealings in the country.

"Once I got on the ground there, I heard about how confused the entire new Ukrainian administration was about the nature of these demands they were getting from the Trump administration to conduct this political investigation, and that they worry that the aid that was being cut off to Ukraine by the president was a consequence for their unwillingness, at the time, to investigate the Bidens," Murphy said during a Sept. 23 press conference.

Murphy's assertion that Zelensky felt pressured to investigate the Bidens didn't come until after news of the whistleblower complaint alleging quid pro quo. His initial characterization of the meeting made no mention of Zelensky saying he thought aid was being withheld because of unwillingness to conduct an investigation, according to audio of a Sept. 11 briefing Murphy and Johnson gave to reporters that was reviewed by the Free Beacon.

After publication of this piece, a Murphy aide said the Connecticut senator's statement on Zelensky was misunderstood. In a letter Murphy sent to the House late Tuesday night, Murphy said his conclusion about Zelensky feeling pressure was based on his own interpretations—not anything Zelensky actually said.

"While I do not dispute any of Senator Johnson's factual representations regarding our meeting, I came to a very difference conclusion regarding the way that Zelensky reacted to my comments," Murphy writes in the letter.

"I interpreted Zelensky's answer to my question as a concession of the premise of my question—that he was receiving improper overtures from [Rudy Guiliani] to interfere in the 2020 election," Murphy writes. "He did not contradict the facts I laid out in my question, and instead simply relayed his desire to say clear of becoming enmeshed in American politics. To me, this was confirmation that Zelensky was indeed feeling the pressure I described."

Zelensky has consistently said he never felt pressured to take any action. The Trump administration lifted its hold on the Ukrainian aid on Sept. 11.

Johnson was a strong advocate for restoring aid to Ukraine and worked to convince Trump to release the aid during the White House visit he made prior to his meeting with Zelensky. He said the purpose of his meeting was "to try and persuade him to authorize me to tell Zelensky that the hold would be lifted on military aid."

Johnson was ultimately unsuccessful, he explained in the letter.

"The president was not prepared to lift the hold, and he was consistent in the reasons he cited," Johnson wrote. "He reminded me how thoroughly corrupt Ukraine was and again conveyed his frustration that Europe doesn't do its fair share of providing military aid."

Johnson said he asked Trump directly whether Ukraine was asked to take any action to release the aid and received an "adamant, vehement, and angry" denial.

"It was only after he reiterated his reasons for not giving me the authority to tell Zelensky the support would be released that I asked him about whether there was some kind of arrangement where Ukraine would take some action and the hold would be lifted," Johnson said. "Without hesitation, President Trump immediately denied such an arrangement existed."

Johnson also attacked the release of transcripts between Trump and Zelensky during the impeachment inquiry, saying it has "done a great deal of damage to our democracy." 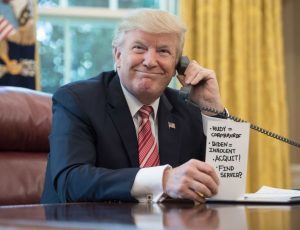 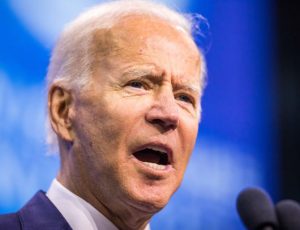