An al Qaeda terrorist stated in a recent online posting that U.S. Ambassador to Libya Chris Stevens was killed by lethal injection after plans to kidnap him during the Sept. 11, 2012 terror attack in Benghazi went bad.

The veracity of the claim made by Abdallah Dhu-al-Bajadin, who was identified by U.S. officials as a known weapons experts for al Qaeda, could not be determined. However, U.S. officials have not dismissed the terrorist’s assertion.

An FBI spokeswoman indicated the bureau was aware of the claim but declined to comment because of the bureau’s ongoing investigation into the Benghazi attack.

"While there is a great deal of information in the media and on the Internet about the attack in Benghazi, the FBI is not in a position at this time to comment on anything specific with regard to the investigation," Kathy Wright, the FBI spokeswoman, said.

The FBI is investigating the death of Stevens, State Department information officer Sean Smith, and former Navy SEALs Tyrone Woods and Glen Doherty. They were killed in the attack U.S. officials say was carried out by an al Qaeda-linked group known as Ansar al Sharia.

A State Department Accountability Review Board report and an interim House Republican report on the attack gave no cause of death for Stevens, whose body was recovered by local Libyans in the early morning hours of Sept. 12.

The House report, "Interim Progress Report for the House Republican Conference," said "Libyan doctors tried unsuccessfully to resuscitate Ambassador Stevens upon his arrival at the hospital."

To date, no official cause of death for Stevens has been made public, although it was reported that a Libyan doctor who examined Stevens said he died from apparent smoke inhalation and related asphyxiation.

Video and photos of Stevens being handled by a mob in Benghazi were posted on the Internet. It is not clear from the images whether he was dead or alive at the time.

However, according to the March 14 posting on an al Qaeda-linked website, Abdallah Dhu-al-Bajadin, the al Qaeda weapons expert, stated that Stevens was given a lethal injection and that the injection was overlooked during the medical autopsy.

According to Dhu-al-Bajadin, "the plan was based on abduction and exchange of high-level prisoners."

"However, the operation took another turn, for a reason God only knows, when one of the members of the jihadist cell improvised and followed Plan B," he wrote on the prominent jihadist web forum Ansar al-Mujahideen Network.

Dhu-al-Bajadin’s claim of assassination also stated that it had been copied to the Ansar al-Mujahidin website from the closed and al Qaeda-accredited website Shumukh al-Islam. That site is only open to members and was initially posted by a member identified as Adnan Shukri for Dhu-al-Bajadin.

The reference to Shumukh al Islam has boosted the credibility of the claim among some U.S. intelligence analysts.

A western intelligence official said Dhu-al-Bajadin is a well-known jihadist weapons experts and a key figure behind a magazine called Al Qaeda Airlines.

According to this official, intelligence analysts believe that Dhu-al-Bajadin’s claim of assassination by lethal injection appears in part aimed at putting pressure on the U.S. government over its handling of the Benghazi attack.

The article did not say what substance was used in the lethal injection. It also stated that the State Department had come under criticism for not providing adequate security in Benghazi prior to the attack.

Dhu-al-Bajadin also said he had further details of the attack and the assassination but would not reveal them in the posting.

The Washington Free Beacon obtained a copy of the translation of Dhu-al-Bajadin’s posting in Arabic.

The article stated that use of lethal injection is done "more than one place in the human body that autopsy doctors ignore when they see that the symptoms are similar to another specific and common illness."

"Anyone who studied the art of silent assassination that spies applied during the Cold War would easily identify these parts of the body," he said.

Dhu-al-Bajadin also stated that he was discussing the assassination of Stevens’ death months later because "the cell" behind "the infiltrative and secret operation is now completely safe from intelligence bureaus."

The FBI last month disclosed it was searching for five men linked to the Sept. 11 Benghazi attack and posted video and photos of three men wanted in connection with the attacks.

"The grainy still images, taken from surveillance video, show three men who may be able to provide information to help the FBI’s larger probe into the attacks that resulted in the deaths of four Americans, including the U.S. Ambassador to Libya," the FBI said in a statement.

The FBI opened a webpage in November as part of an effort to solicit information on the attack.

Dhu-al-Bajadin did not disclose details of the "turn" in events that prompted Stevens’ assassination. However, he may have been referring to the armed security team encountered by the terrorists who went to the diplomatic compound from a nearby CIA office within 25 minutes of the start of the attack. The security team killed or wounded many of the dozens of terrorists at the diplomatic compound, U.S. officials have said.

The House report said the security team "repelled sporadic gunfire and [rocket-propelled grenade] fire and assembled all other U.S. personnel at the facility. Officers retrieved the body of Mr. Smith but did not find Ambassador Stevens."

The Obama administration is under increasing pressure from congressional Republicans over its handling of the Benghazi attack. Several congressional committees are investigating the attack.

The White House has declined so far to answer many questions about its response to the attack, such as what was the president’s response to it, and why no military rescue operation was ordered.

Former Defense Secretary Leon Panetta and Gen. Martin Dempsey, the chairman of the Joint Chiefs of Staff, testified before Congress earlier this year that the president designated authority for handling the attack to them.

The attack took place during the final weeks of Obama’s presidential campaign and it is likely that political campaign and White House officials sought to play down the attack to avoid upsetting his reelection bid.

Both Panetta and Dempsey said there wasn’t enough time to mount a rescue operation, as military units were not close enough to respond in time.

However, critics have said the assessment by Panetta and Dempsey could not be accurate since they could not have known the full scope of the terrorist attack at the time or how long it would continue.

Dhu-al-Bajadin concluded the message by warning that "two jihad fronts" are now open in the Levant and in Africa and warned "we are preparing to open two other fronts soon."

A U.S. official said Dhu-al-Bajadin is considered a serious threat and in earlier writings indicated he had access to inside information from al Qaeda.

Dhu-al Bajadin claimed in July 2012 in another online article that al Qaeda was behind the killing of Gareth Williams, an employee of Britain’s electronic spy service GCHQ who was working for the Secret Intelligence Service, or MI6. Williams was found dead in suspicious circumstances at a safe house in Pimlico, London, Aug. 23, 2010. His death was ruled "unnatural" and likely criminal related.

On U.S. intelligence reports and testimony that al Qaeda is severely weakened since 2001, Dhu-al-Bajadin stated "within months the world will be stunned by the opening of a new front in the global war between the Islamic ummah [Muslims worldwide] and the Zionist-Crusader campaign."

"And if your reports state that al Qaeda is dangerous, we will strike you on your own land with operations that will awe your security experts," he stated. "We will be more dangerous than you might expect."

The U.S. Northern Command recently warned that terrorists were planning an attack on the United States, but details of the warning could not be learned.

The posting by Dhu-al-Bajadin also said the next issue of the Al Qaeda Airlines magazine would be published.

That issue appeared online weeks later in April and provided detailed plans on how to produce and disperse deadly concentrations of hydrogen cyanide in public places. It called the improvised cyanide-producing device "Al Mubtakar al-Farid," Arabic for "The unique innovation."

The instructions were issued in both English and Arabic and urged terrorists to conduct "lone wolf" attacks using the chemical weapons.

The al Qaeda publication Inspire was used by the two Boston Marathon bombing suspects in learning how to fashion the pressure-cooker explosives used in the April attack on the sporting event.

The latest Al Qaeda Airlines issue stated that the terror group once planned to use an improvised poison gas attack on the New York subway but the attack was canceled at the last minute.

The article suggested that terrorists pose as maintenance workers and release cyanide gas through the ventilation system of office buildings or by remote detonation of gas-filled bombs.

The United States was mentioned as a prime target for the attacks. The article also included images of Maj. Nidal Hasan, the Islamist shooter charged in the Fort Hood massacre.

Dhu-al-Bajadin has said the Al Qaeda Airlines publication is not solely focused on aviation but was chosen as a way to instill fear in the enemy. 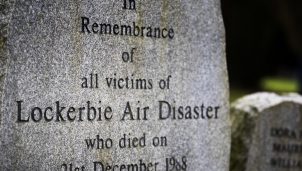