The Department of Defense announced Thursday that four more prisoners held at the military detention facility in Guantanamo Bay, Cuba are being transferred out, leaving the prison's population at 41 as President Obama leaves office.

One inmate is being transferred to Saudi Arabia, while the other three are going to the United Arab Emirates, CNN reported. This is likely to be Obama's last transfer of inmates from Guantanamo before President-elect Donald Trump is sworn into office at noon on Friday. Trump has pledged to keep the military prison open and "load it up with some bad dudes."

When Obama entered the White House in January 2009, 242 inmates were being held at Guantanamo. Closing the facility was one of Obama's key pledges during his presidential campaign in 2008. However, the White House admitted this week that the prison would remain open after Obama leaves office.

"At this time, I don't anticipate that we will succeed in that goal of closing the prison," White House Press Secretary Josh Earnest said on Tuesday. "But it's not for a lack of trying, I assure you."

Trump has been adamant against transferring prisoners from Guantanamo, especially in Obama's final days in office. Trump cites how some of the inmates who have been released from the detention facility to other countries have gone back to rejoin terrorist groups.

The Office of the Director of National Intelligence has said that roughly 30 percent of former Guantanamo detainees have rejoined terrorist activities or are suspected of doing so. 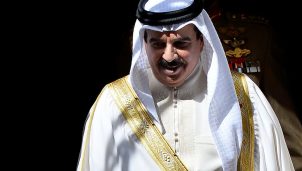