The crypto-currency advocacy group the Chamber of Digital Commerce has asked the U.S. government to outline a plan for designing and protecting blockchain industries in the United States.

Blockchain is becoming a larger industry, and the United States must remain at the forefront of its development, according to a release written by experts with the group. Crypto-currencies, such as BitCoin, have become more prevalent worldwide in recent years, but the Chamber of Digital Commerce warned America may not maintain its lead in the blockchain sector.

"While our technological progress is clear, it does not automatically follow that America will maintain its preeminence in the blockchain sector. Already, major industrialized nations are making significant advances in promoting and adopting this technology, making a hard run to be the leaders, and obtain the economic value, of this industry," the experts write. "We must state, clearly and plainly, at the highest levels of government, that blockchain technology offers important progress for business, government, and consumers, and must be nurtured and proactively supported to ensure its success."

Several congressmen have made efforts to address blockchain in legislation. Rep. Tom Emmer (R., Minn.) introduced a bill last year that would push for the "development of blockchain technology to support transparency, security, and authentication in a way that recognizes its benefits and allows consumer protection while supporting future innovation." Reps. David Schweikert (R., Ariz.) and Darren Soto (D., Fla.) have introduced similar legislation.

According to the Chamber of Digital Commerce, the ascendance of blockchain is similar to the rise of the internet at the turn of the millennium. At the time, the government's report on the internet, "A Framework for Global Electronic Commerce," acknowledged that many consumers and businesses "are still wary of conducting extensive business over the Internet because of the lack of a predictable legal environment governing transactions."

The same is true today, the Chamber asserted. The group is therefore advocating the "same visionary support" for blockchain that the United States government showed for the internet. 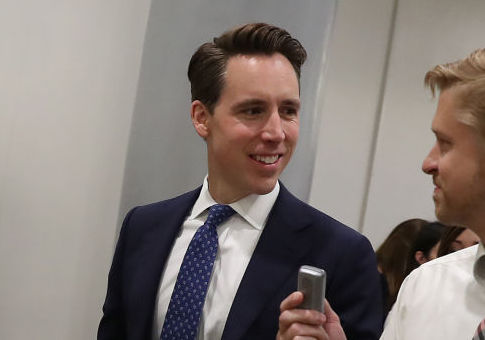