China has unveiled a new twin-fuselage drone that analysts say will give the People’s Liberation Army long-range surveillance and strike capabilities.

The Shen Diao, or Divine Eagle, remotely piloted aircraft is being developed by China’s Shenyang Aircraft Corporation and appears from Chinese Internet photos made public recently to be larger than the U.S Air Force’s Global Hawk long-range surveillance drone.

Rep. J. Randy Forbes, (R., Va.) a member of the House Armed Services Committee, said Chinese support for systems such as the Shen Diao drone is part of a long-range, well-funded military buildup.

'This particular UAV appears to advance targeting capabilities that China would use in an anti-access, area denial campaign," Forbes said, using the term for unmanned aerial vehicle.

'While the Chinese military modernization continues to march forward, this administration threatens to veto the defense authorization bill due to the fact that it does not fully fund the IRS and EPA," Forbes added.

'These large UAVs will act as persistent satellites able to target missiles and other tactical platforms well beyond the first island chain," he added.

China’s defense strategy, outlined in a document made public this week, calls for increasing the range of its military forces further from coasts through what the Chinese call two island chains, stretching from northeast Asia through the South China Sea.

A Pentagon spokesman did not return emails seeking comment.

'A high altitude, long endurance UAV appears to be a high priority," Stokes said, noting that two competing designs are probably in play.

'The deployment of high-altitude, long endurance UAVs equipped with advanced sensors would enhance the PLA's ability to strike U.S. bases and naval assets in the region, as well as those of its allies and partners," said Stokes, now with the Project 2049 Institute, a think tank. 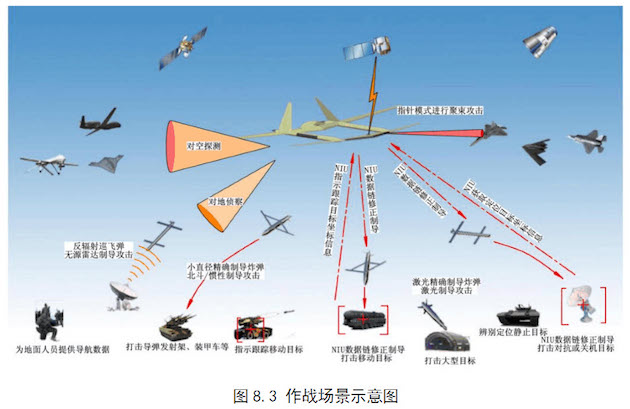 China is currently deploying drones for reconnaissance and ocean surveillance over disputed maritime territories, including near Japan’s Senkaku Islands, which China is claiming as its territory.

The aircraft is part of China’s so-called anti-access strategy that includes development of aircraft, missiles, anti-satellite weapons and other systems designed to keep enemy forces from operating close to Chinese borders.

China’s development of the new long-range drone began with talks with Russian aircraft technicians at the Sukhoi Aircraft Corporation during the early 2000s.

At the time, the Russians apparently did not have the resources to develop the S-62. However, China, known for its economic and military espionage and technology acquisition prowess, was able to obtain key insights into the aircraft’s design without funding co-development with Moscow.

'Shen Diao's development has been rumored on Chinese web pages since 2012 and hinted at for much longer by other Chinese sources," Fisher said.

'The twin fuselage configuration allows the UAV to carry more fuel for endurance, without having to master very advanced new materials for a much stronger wing. It also provides more area for radar arrays," he added.

Such missiles are currently banned under the 1987 Intermediate-range Nuclear Forces treaty with Russia, which Moscow is violating. The Russians have developed and tested new missiles that violate the accord and so far are refusing to come back into compliance with the treaty.

Congress is pressuring the Obama administration through current defense authorization bills for a response to the INF violation. Among the options being considered are additional missile defenses and new intermediate nuclear strike weapons.