National Security Adviser John Bolton said Friday that Saudi Arabia still has not established with the U.S. what the facts are in the case of journalist Jamal Khashoggi’s disappearance.

Many fear Khashoggi was killed in the Saudi consulate in Istanbul, and the Turkish government insists the Saudis did just that. The Saudis have denied it. On "The Hugh Hewitt Show," Bolton said he and other leaders in U.S. foreign policy have demanded more information from the Saudis, including Crown Prince Mohammed bin Salman.

"Honestly we just don't know what the facts are and that was one of the points that I made to the crown prince: We need to find out what the facts are and we need to get this resolved quickly, because if it is another operation, people need to understand that," Bolton said. "I think the Saudis themselves themselves are being damaged because we don't have the facts out there's obviously been a historical animosity between Turkey and Saudi Arabia."

With the international unrest over the incident, Bolton said the Saudis need to resolve the matter "as soon as possible."

Bolton also hit back at critics who said President Donald Trump is turning a blind eye to the issue.

"I think this is ridiculous," Bolton said. "He has spoken out about it, he's directed Secretary of State Pompeo to speak with Khashoggi’s fiancee, and that'll happen as soon as they can get that scheduled."

He also alluded to measures the U.S. is taking that are still secret.

"We're taking a number of other steps that I really can't get into at the moment," he said.

Hewitt asked Bolton whether it’s possible Saudis carried this out without the crown prince’s knowledge. Bolton said he couldn’t be certain.

"I think a lot of things are possible in the Middle East," he said. "The United States does not have information it's not revealing. If we had information we’d know better exactly how to handle this. We’ve made it clear we want to know what the facts are; we are going to continue to do that." 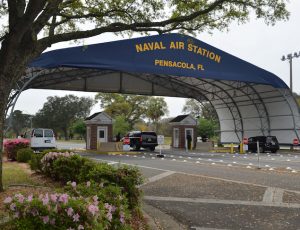