Ahead of 9/11, Al Qaeda Trains for ‘Lone Wolf’ Attacks

Published list of targets, methods for individual attacks on U.S.

Al Qaeda is disseminating training manuals urging "lone wolf" attacks on America ahead of the anniversary of the 9/11 terrorist attacks, according to a copy of the terrorist group’s latest publication.

Al Qaeda on Wednesday published a list of targets and methods for individual terrorist attacks on the United States in the latest edition of its English language publication, Inspire, according to the Middle East Media Research Institute (MEMRI), which released a copy of the terrorist manual.

Just days before the annual commemoration of the 9/11 terrorist attacks, al Qaeda in the Arabian Peninsula (AQAP), the group’s media arm, published a manifesto entitled "Assassination Operations," according to the materials.

The contents of the publication are dated Sept. 15, and an editor’s note in the magazine urges lone Islamic extremists, or those not formally affiliated with a specific terrorist group, to take up arms against America and carry out a so-called "lone wolf" attack.

"Editor Yahya Ibrahim, after praising the January 2015 Charlie Hebdo attack [in France], notes that ‘in the coming days we are waiting for the anniversary of … the blessed 9/11 operation,’ and states that ‘We at Inspire, and in the cause of the events of 9/11, encourage the Muslims in the West to join the Lone Jihad caravan,’" according to MEMRI’s report on Al Qaeda’s latest call for violence.

The manual lays out "for the Lone Mujahid ways and methods to enable him to give victory to the religion and the prophet."

Included is a step-by-step guide to carry out a terrorist operation without being detected by U.S. authorities.

This section, titled "Open Source Jihad," explains "assassination operations," as well as how to make "a timed hand grenade" and various "field tactics" to successfully complete a terror attack. 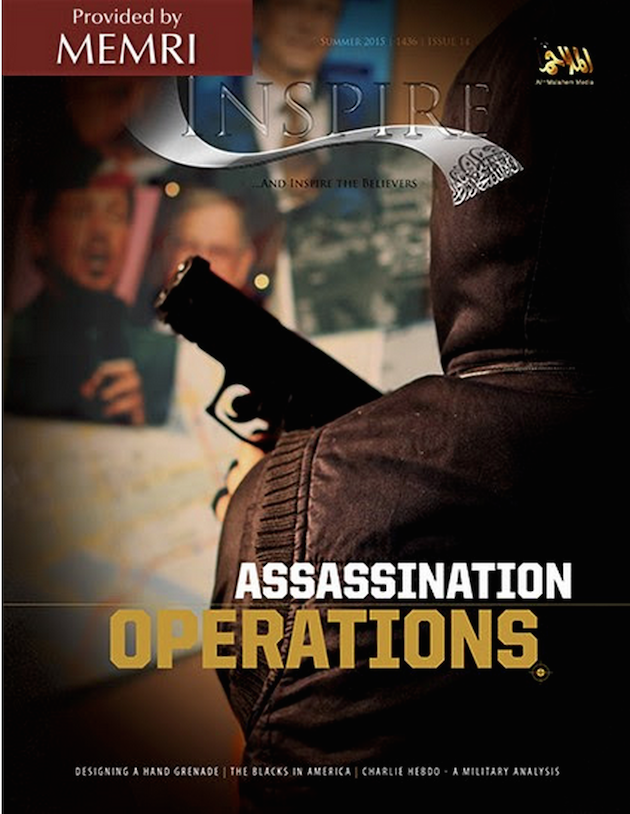 Other portions of the guide detail how to specify "a target," how to collect information for reconnaissance purposes, how to generate a plan of attack, how to prepare for an upcoming terrorist operation, and how to successfully execute the operation.

The guide also points out weak spots in the U.S. security regime, particularly among the Transportation Security Administration (TSA), which is responsible for guarding the nation’s airports.

"This issue includes graphics with text mocking Department of Homeland Security and TSA efforts and advising readers on how to circumvent them," according to MEMRI. "One features a photo of a water bottle at airport security with the text: ‘Did you know that a TSA security officer is more likely to confiscate a water bottle than a bomb?’" 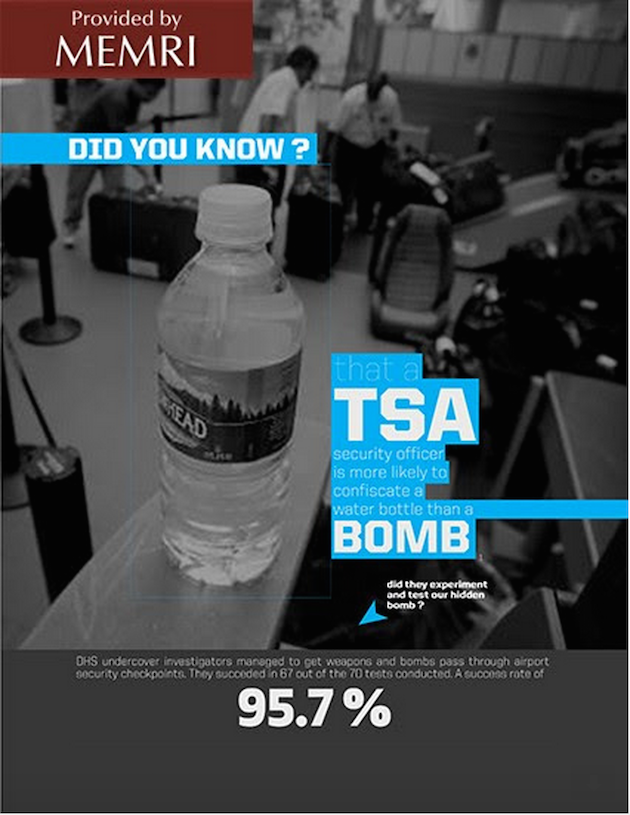 Al Qaeda has begun to encourage lone wolf attacks as its global terror network is dismantled by international efforts. Extremists who are not affiliated with a formal terrorist network have become indoctrinated via social media networks and other online outlets.

The latest issue of Inspire was disseminated by al Qaeda-affiliated groups via Twitter, where it is easier to avoid detection by intelligence agencies.