After Calling China the Top Geopolitical Threat, Biden Lets Beijing Off The Hook

President Joe Biden made just two brief references to China in his State of the Union speech on Tuesday, despite warnings from his own administration that the country is the top geopolitical threat to the United States and is officially engaging in "genocide" against the Uyghurs.

Biden described the U.S. conflict with China in purely economic terms, a signal that the White House doesn’t view military and human rights issues with Beijing as a pressing global priority going into 2022.

Instead, Biden framed China as one of the United States' industrial competitors while pushing Congress to pass infrastructure spending legislation.

"We are going to have an infrastructure decade," said Biden. "It is going to transform America and put us on a path to win the economic competition of the 21st Century that we face with the rest of the world—particularly with China."

Later in the speech, he added that to "compete for the best jobs of the future, we also need to level the playing field with China and other competitors."

Biden did not touch on the findings from his office of the director of national intelligence, which deemed China the top national security threat to the United States in a report last year. He also declined to mention the growing list of documented human rights violations by China, including the government’s brutal crackdown against the Uyghur minority in Xinjiang. Last year, Biden’s State Department reaffirmed the Trump administration’s determination that China was engaged in genocide against the Uyghurs.

Biden also made no reference to the Uyghur Forced Labor Prevention Act, which outlaws imports from China derived from Uyghur slave labor. Congress passed the bill in December. It was signed into law by Biden, despite behind-the-scenes objections from some members of the Biden administration, who expressed concerns that it would undermine climate change negotiations with China.

While Biden devoted the early portion of his speech to the West’s efforts to counter Russian military aggression and the invasion of Ukraine, he did not discuss the threat of a nuclear Iran or an increasingly antagonistic North Korea.

Biden’s Office of the Director of National Intelligence listed Iran, North Korea, and Russia as the top three national security threats to the United States after China in its report last spring.

"Beijing, Moscow, Tehran and Pyongyang have demonstrated the capability and intent to advance their interests at the expense of the United States and its allies, despite the pandemic," said the report. "China increasingly is a near-peer competitor, challenging the United States in multiple arenas—especially economically, militarily and technologically—and is pushing to change global norms." 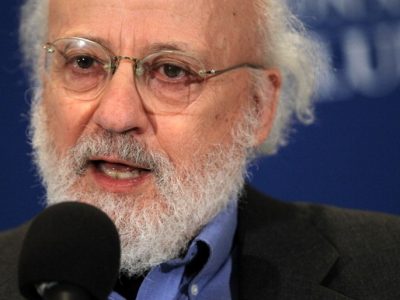 Ben & Jerry’s Foundation President Steered Funds to His Own Charity