Demonstrators for the group Women of Zimbabwe Arise (WOZA) were beaten by state security forces Thursday before they could reach Zimbabwe’s parliament in Harare to stage a peaceful protest. WOZA members intended to deliver a list of demands to the government for the protection of rights enshrined in Zimbabwe’s new constitution, including peaceful assembly, freedom of association, and freedom of expression.

Three of the protesters, including WOZA programs manager Magodonga Mahlangu, were detained by police but then released three hours later without charges. At least six WOZA members were beaten at a separate protest in Bulawayo, Zimbabwe’s second-largest city, Friday as the group advocated for better government provision of services such as running water, electricity, roads, and children’s education.

Mugabe’s government has instituted a crackdown on civil society groups despite a 2010 Supreme Court of Zimbabwe ruling that the rights of WOZA members had been violated when they were detained and prosecuted for engaging in peaceful protests. Mugabe extended his 33-year rule on July 31 in a disputed election with widespread reports of voter suppression.

Jeffrey Smith, advocacy officer for the Robert F. Kennedy Center for Justice and Human Rights, said in an interview that WOZA leaders Jenni Williams and Mahlangu have been arrested more than 50 times since the group was founded in 2003.

"Not once have they actually been charged," Smith, who works closely with WOZA, told the Washington Free Beacon. "They are detained days on end and then often released but never officially charged."

"It’s one of these tactics that police have routinely used to stifle dissent."

Additionally, Mugabe has appointed hardline allies to his cabinet but no members from the opposition Movement for Democratic Change (MDC), which formed a power-sharing agreement with ZANU-PF after violent elections in 2008.

Mugabe is expected to blame U.S. and international sanctions for the country’s economic woes in his speech this Thursday before the U.N.

Nothing could be further from the truth, Smith said. He noted that bilateral trade between the United States and Zimbabwe has increased since the sanctions, which include a travel ban and asset freeze on more than 100 individuals and entities linked to Mugabe, were first imposed in 2003.

"[Mugabe’s] rhetoric is very much empty. There is really no credence there," he said.

Some groups, such as the Southern African Development Community (SADC), have pressed the U.S. and international community to relieve the sanctions. While the European Union eased some of its restrictions earlier this year, U.S. officials have said they are reviewing their sanctions policy since the election but have no intentions of defanging it.

Lawmakers and activists have also questioned the actions of SADC, which receives about $20 million in assistance funds from the U.S. Agency for International Development (USAID) and declared the recent election "generally credible." Mugabe is the vice chairman of the group.

"I don’t think we should stop engaging with SADC; they still need to be engaged on that level," Smith said. "We should also urge them diplomatically, and perhaps use the purse strings as well, to enforce their own rules that they’ve laid out."

Activists are urging the international community at the U.N. this week to sharply denounce the beatings of protesters by Mugabe’s regime.

"Can someone ask my president in U.N. why WOZA was brutally beaten & 3 arrested," Mahlangu tweeted Thursday. 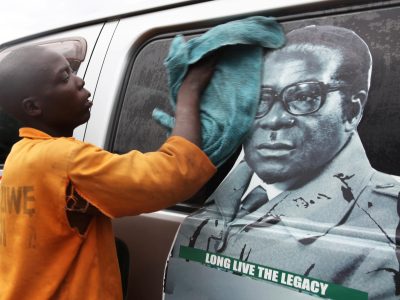 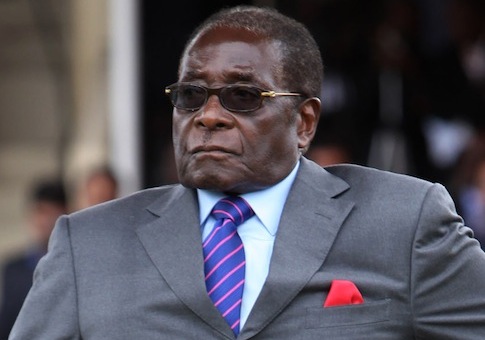 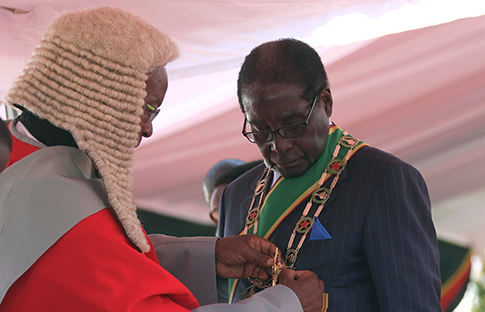 Zimbabwe’s Mugabe, 89, Is Sworn in and Attacks ‘Vile’ West 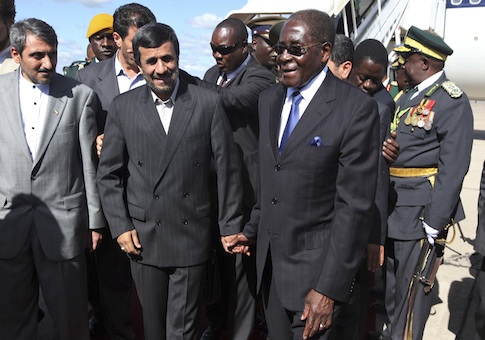 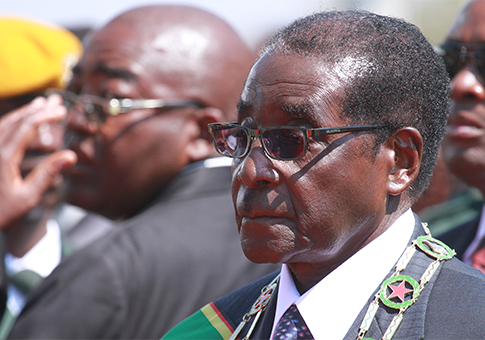