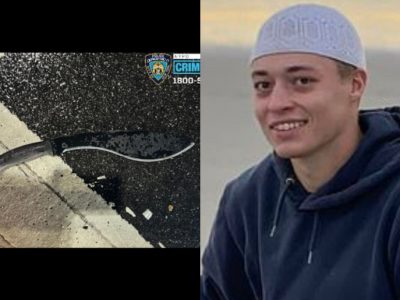 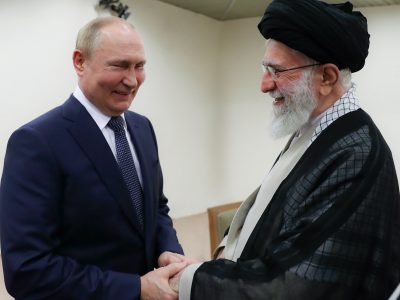 Salman Rushdie, the award-winning author whose 1988 novel The Satanic Verses earned him a fatwa from Iran, was attacked on stage Friday just before beginning a lecture in New York.

Rushdie was apparently stabbed in the neck by a man who rushed the stage as the author took the podium at the Chautauqua Institution in Western New York, the Associated Press reports. The man stabbed Rushdie 10 to 15 times before he was detained. Rushdie fell to the ground and was airlifted to a hospital, where his condition is unknown.

The attack comes more than 30 years after Ayatollah Ruhollah Khomeini issued a fatwa calling on "all brave Muslims of the world" to kill Rushdie, as well as his authors and publishers, "without delay." Khomeini, the founder of the Islamic Republic of Iran, slammed The Satanic Verses as "against Islam, the Prophet of Islam, and the Qu’ran," and noted that Rushdie’s assassination was necessary to ensure "no one will dare insult the sacred beliefs of Muslims henceforth."

Khomeini’s fatwa claims "whoever is killed in this cause will be a martyr." Rushdie’s head also carries a $3 million bounty in Iran.

The Satanic Verses is a sprawling work that consists in part of a fictionalized narrative of the founding of Islam by the Prophet Mohammad. In the book, Rushdie refers to Mohammad as "Mahound," reportedly a derogatory term for the prophet used by Medieval Christians. The book’s title comes from a scene in which Mahound rejects his earlier revelation permitting polytheistic worship as the work of the Devil.

Some Muslims objected to The Satanic Verses before Khomeini’s fatwa. Several countries banned the book, and critics held book burnings around the world.

Rushdie was defiant when asked about the backlash to The Satanic Verses in a 1989 television interview.

"Frankly I wish I had written a more critical book," the author said, adding that "religious leaders who are able to behave like this, and then say this is a religion which must be above any kind of whisper of criticism, that doesn't add up."