The Chicago Community Bail Fund has raised millions in the wake of the George Floyd protests, which it has used to post bond for many accused of violent crimes

A Chicago-based charity has worked to free at least 20 defendants facing felony charges—including attempted terrorism and assault of a police officer—as an unprecedented crime wave rocks the city.

The Chicago Community Bond Fund, which opposes cash bail and pretrial incarceration, has posted bond for the alleged felons, putting them back on the streets before their trials. The charity, like other community bond funds across the country, is now flush with cash, raising $3.5 million from 75,000 contributors in late May and early June. Bond funds together have taken in $90 million in the weeks following George Floyd’s death alone, according to the New York Times.

Much of that financial support came courtesy of celebrity donors like Harry Styles, Seth Rogan, Abbi Jacobson, and Lizzo, who urged fans to contribute to local bail funds. John Legend and Chrissy Teigen similarly announced that they would make a large donation to a national fund called the Bail Project.

Bond receipts obtained by the Washington Free Beacon show that the Chicago fund has posted bond for defendants charged with violent crimes. Of the 24 people the group freed on May 31 and June 1 in Cook County alone, seven faced weapons charges. 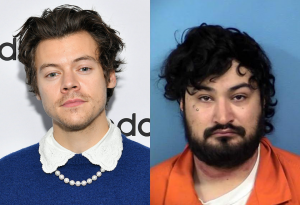 Among the individuals freed by the group is 25-year-old Christian Frazee, who was charged with attempted terrorism and possession of an incendiary device. Prosecutors say Frazee was detained in the early morning hours of June 1 as he approached squad cars wielding a molotov cocktail and a lighter. He allegedly had a butane torch lighter and a bat in his backpack.

The Free Beacon obtained a copy of Frazee’s bond receipt from the DuPage County Sheriff’s Office. While the identity of the entity that posted bond is redacted, a source with knowledge of the record confirmed that the CCBF posted Frazee’s $100,000 bond.

The fund also promotes the work of Chicago-based activist groups that have played a lead role in organizing anti-police protests. Together with public interest groups like the National Lawyers Guild that provide legal services for activists, the CCBF acts as a kind of insurance policy for demonstrators who have taken to the streets in massive numbers throughout the summer.

When considering whom to post bond for, the Chicago fund takes into account the accused’s "position in relation to structural violence" and likelihood of abuse behind bars. Women and gender nonconforming people are overrepresented in its client pool, the group said in 2017.

The Chicago Community Bond Fund did not respond to the Free Beacon‘s questions about its recent activities. CCBF executive director Sharlyn Grace, however, said in a 2016 interview that the group resists distinctions between deserving and undeserving defendants, arguing bond should turn on whether an alleged offender poses a threat to others.

"It's important to differentiate between being charged with a crime and being a threat to society," Grace said. "We're not interested in creating a deserving and undeserving category, or throwing the vast majority of people under the bus to get a small percentage of people out." 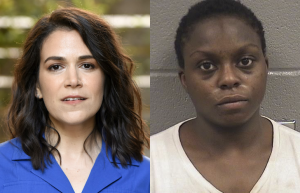 Abbi Jacobson and Brittany Scott, who was booked on June 1 for aggravated battery on an officer and bailed out by CCBF

Authorities in Chicago are scrambling to contain widespread crime and unrest. The first week of protests following Floyd’s death—the same period that the Chicago fund freed at least 20 accused felons—registered the highest counts of arson, burglary, homicide, and gun violence on record, the Free Beacon reported Friday. The violence has continued apace throughout the summer. Local press reported that 13 officers were injured in scuffles with demonstrators on Monday night.

As the Chicago fund rakes in cash, analysts are also raising questions about the group’s financial practices. In particular, experts question why it is holding on to hundreds of thousands of dollars rather than using it to post bond—a practice known as asset hoarding. For example, the Fund had almost $900,000 in unspent cash on hand at the end of 2018.

CharityWatch, a nonpartisan, nonprofit watchdog that evaluates charitable organizations, says asset hoarding is a problem because cash held in reserve by one charity is money that could be put to good use by another.

"This asset level relative to annual budget is only six months below what CharityWatch considers to be hoarding," said Laurie Styron, CharityWatch’s executive director. She also cautioned that the Fund's small size means it should not be strictly held to the guidelines that CharityWatch applies to larger charities.

The fund’s cash-hoarding tendency is especially salient given its massive early June payday.

"For a charity that was already holding onto more than two-and-a-half years' worth of donations before its cash influx, it's unclear if this organization is prepared to spend donations within a timeframe that most donors would find reasonable," Styron said.