According to new report from the Wisconsin Policy Forum, 2018 was the seventh consecutive year of declining tax burden in the Badger State.

Wisconsin’s tax burden – defined as state and local taxes as a share of income – fell in 2018 to its lowest level in nearly 50 years, the Forum reports.

With a new governor being sworn in Monday who's pledged to raise taxes and a divided government for the first time in 10 years, economic and political analysts remain uncertain as to whether Wisconsin will continue its trend of having another consecutive year of declining tax burden in 2019.

The Policy Forum’s report, State and Local Tax Burden Falls, calculates state taxes according to the 2018 fiscal year ending June 30. Even with a new governor and new state budget, which would not go into effect until July 1, any subsequent changes may not take effect until fiscal year 2020, the forum notes.

Taxes accounted for 10.5 percent of income, down slightly from 10.6 percent in 2017, reflecting seven straight years of decreases in Wisconsin.

The total tax burden shrank in recent years, the forum notes, not because overall tax collections were lower than in previous years, but because incomes continued to grow at a faster rate. State and local tax collections rose 2.3 percent in fiscal year 2018, while federal collections in Wisconsin grew 0.7 percent. The tax burden decrease primarily can be attributed to the fact that total personal income grew more quickly, at a rate of 3.6 percent.

"We can't know with certainty what will happen with the state tax burden moving forward because it depends on factors that are difficult to predict," Jason Stein, research director at Wisconsin Policy Forum, told Watchdog.org. "For example, will the Democratic governor-elect and Republican-held legislature make any major changes to state and local taxes? Apart from that, will economic growth continue to increase personal income and with it people's ability to pay their taxes? That's what we still need to see."

The forum notes that local tax collections grew by only 1.9 percent last year, primarily because of state-imposed limits on property tax levy increases and revenue limits for school districts.

Local wheel taxes, room taxes, and sales taxes all increased partly because they are not subject to the same property taxes limits. While a number of major sources of state tax revenue fell in 2018, total tax collections increased partially because of economic expansion.

Prior to being elected as Wisconsin’s next governor, Democrat and Superintendent of Schools Tony Evers, referred to several tax increase possibilities in his annual State of Education Address. Evers laid out his plan to increase education spending by $1.4 billion in the next biennial budget, which includes considering a broad range of possible tax hikes, "shifts," and "revenue enhancements."

In response, Republican state lawmakers Rep. Mark Born and Sen. Tom Tiffany, who sit on the Legislature's budget committee, said in a joint statement that Evers would increase taxes and return Wisconsin to the "dark" days of former Democratic Gov. Jim Doyle.

Born added, "Wisconsin will no longer be open for business under Tony Evers."

Christ Rochester, a spokesman for the McIver Institute, told Watchdog.org: "It seems unlikely that Gov.-Elect Evers will be able to get a tax increase through the Republican legislature.

"The decline in the tax burden combined with budget surplus after surplus is a refreshing change from the sad state Wisconsin was in eight years ago, when the state lurched from budget crisis to budget crisis while then-Gov. Doyle continued raising taxes."

Rochester added: "Wisconsin's economy is roaring, unemployment is at an all-time low, and there are many new opportunities for people who are trying to enter the workforce, support their families, and build a life here. A time when the budget is in great shape and the tax burden is so low is the absolute wrong time to even think about raising taxes." 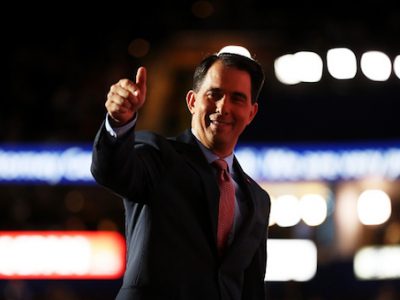 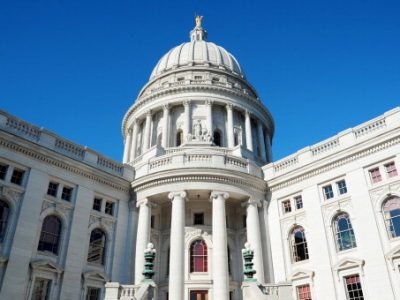