In honor of Veterans Day, the Washington Free Beacon wanted to highlight a few of the many American heroes who serve and have served in the United States Armed Forces. 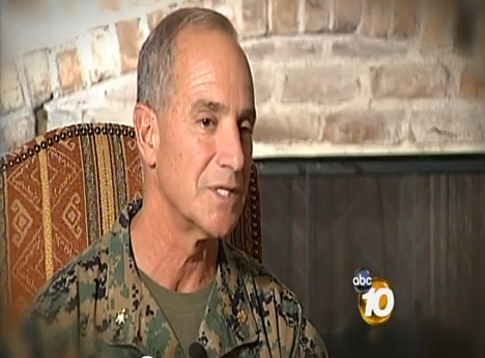 Dr. Bill Krissoff enlisted in the Navy medical corps in 2007—at age 60.

His elder son, Marine Lt. Nathan Krissoff, had been killed December 2006, after a roadside explosion outside Fallujah, Iraq. The doctor closed his California medical practice and joined the Navy with the intention of deploying to Iraq.

"I wanted a sense of completing Nathan's unfinished task," Krissoff told the Los Angeles Times in 2009.

Krissoff deployed once again in 2010 to Afghanistan and served nine months at Camp Bastion in the Helmand province. 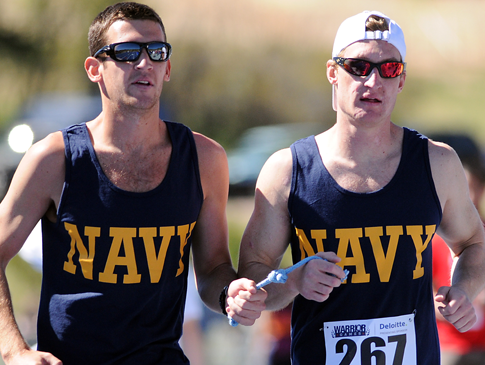 The Navy lieutenant and explosive ordnance officer attempted to come to the aid of victims of an IED explosion in Afghanistan when he stepped on another IED.

Snyder lost both of his eyes in the blast.

Snyder won two gold medals and a silver medal in freestyle swimming events at the 2012 Paralympics, setting a Paralympic record in the 100-meter freestyle preliminary heat. The Paralympic Committee selected Snyder to be the flag bearer at the closing ceremonies.

"The toughest part of rehab was being taken out of the fight, not being able to serve anymore, not the way that I used to," Snyder told Navy Sports in September. "To be able to come out here and to keep in the fight and keep going and keep inspiring, and keep perpetuating some goodwill for our country means a lot. And to be able to carry that flag for my team … that's probably the best thing to come away from this experience." 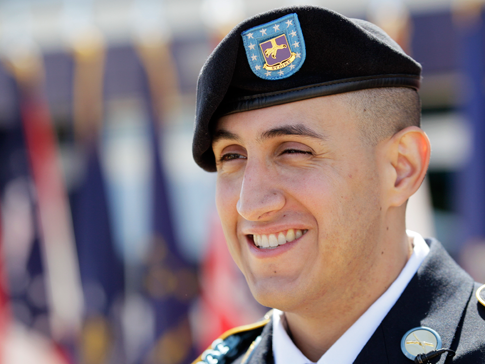 The patrol was then ambushed from an estimated seven fighting positions, some of which were firing rocket-propelled grenades.

Pereira instead drove an all-terrain vehicle into heavy enemy fire to recover his fellow soldiers as his injured lung was collapsing. The specialist laid down suppressive fire from the vehicle as two soldiers were pulled back to the vehicle while he was taking fire.

After returning the two soldiers to safety, Pereira once again maneuvered into heavy fire to continue evacuating soldiers.

Sgt. Pereira was credited with saving the lives of two soldiers and awarded the Distinguished Service Cross in April 2012. 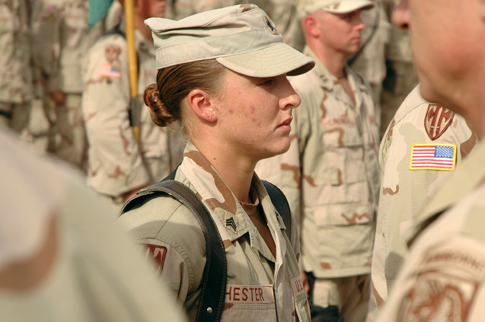 A group of approximately 50 insurgents ambushed a U.S. supply convoy in Iraq that was being guarded by a Kentucky National Guard police squad in March 2005.

The military police squad of eight men and two women killed 27 insurgents and captured seven in the ensuing 25-minute counterattack.

Originally awarded the Silver Star, Sgt. 1st Class Timothy Nein was upgraded to the Distinguished Service Cross for his actions in the counterattack. Nein "responded by dismounting his squad and leading them in a counterattack to flank the enemy trench line," according to his award citation. Nein at one point discarded his handgun to fire two machine guns simultaneously at insurgents.

The first woman to be awarded the Silver Star for direct combat action, Sgt. Leigh Ann Hester "maneuvered her team through the kill zone into a flanking position where she assaulted a trench line with grenades and M-203 rounds," according to her award citation.

"You know, it's just something that happened one day, and I was trained to do what I did, and I did it. We all lived through that battle," Hester told NPR in 2011. 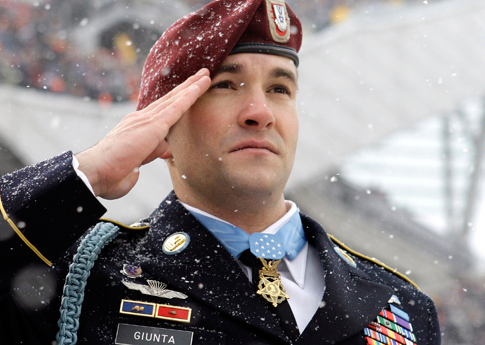 Former Staff Sgt. Salvatore Giunta was the first living recipient of the Medal of Honor since the Vietnam War.

Giunta’s platoon was ambushed by at least a dozen insurgents in October 2007 during his second deployment in Afghanistan.

Giunta sprinted towards cover and engaged the insurgents while taking heavy fire before exposing himself to pull his squad leader back to cover, according to his Medal of Honor citation. While administering medical aid to the squad leader Giunta was struck by enemy fire on his body armor and secondary weapon. Giunta threw grenades and used the explosions for cover as he and other soldiers continued towards wounded members of their team.

Giunta continued forward alone and, upon seeing two insurgents carrying away another solider, killed one and wounded the other. He again administered medical aid to the wounded soldier until help arrived.

Giunta left the Army in 2011 and plans to attend Colorado State University on the G.I. Bill.

"In hindsight, it’s scarier than it was then," Giunta told Vanity Fair before receiving the Medal of Honor. "That’s what makes talking about it so difficult. Talking about it I can rehash and I can think about every second of it and everything in my mind and I can really dwell on it when, at the time, there’s no time to dwell on it. They brought the fight. We’ll bring the pain."

Ocasio-Cortez Doubles Down, Says VA Problems Are a ‘Myth’