Democratic National Committee chair Tom Perez said that he withdrew his organization's support from the Women's March over "a host of concerns" during an interview on Fox News' "Special Report."

"We had a host of concerns," Perez said, "and we wanted to make sure that we were clear in our values."

He then outlined the DNC's platform on a two-state solution for the Israeli-Palestinian conflict.

Baier also brought up former DNC chair Debbie Wasserman Schultz's recent op-ed in USA Today where she said that she could not participate in the Women's March because of "the national march’s leaders and principles, which refuse to completely repudiate anti-Semitism and all forms of bigotry."

"I cannot walk shoulder to shoulder with leaders who lock arms with outspoken peddlers of hate," Wasserman Schultz wrote.

Baier also asked Perez if he was concerned about anti-Semitism in the Democratic Party, especially in light of Rep. Rashida Tliab's (D., Mich.) ties to anti-Semitic leaders.

"We’ve been very clear in the Democratic Party about inclusion, about fighting anti-Semitism," Perez responded. "I’ve spent my entire career making sure that opportunity exists, Bret, for everyone, and that’s been the mantra and the values of the Democratic party and I’m proud to be part of that."

Continetti: Trump Is Finding His Footing on Coronavirus Messaging 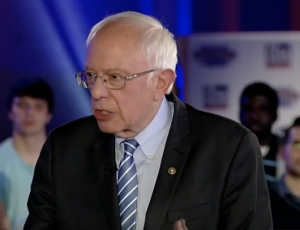