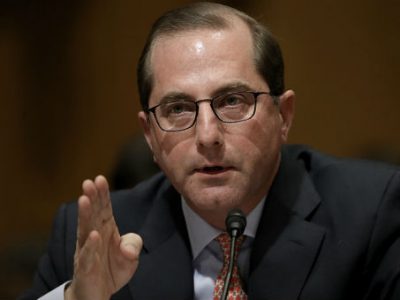 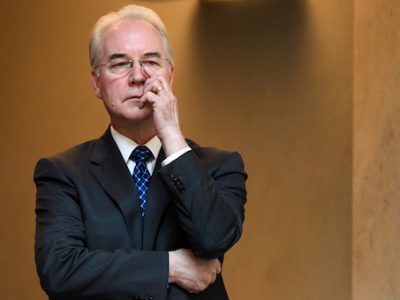 Tom Price, the secretary of the Department of Health and Human Services, said he disagrees with the Congressional Budget Office scoring of the American Health Care Act, saying that he believes more Americans will be covered under the new legislation.

Price said at a press conference that the budget office looked at a portion of the replacement plan, but didn't look at all of it, neglecting to take into account regulatory relief and other legislative activities Republicans plan to put in place to ensure that the insurance market works.

"We disagree strenuously with the report that was put out," Price said. "We believe our plan will cover more individuals at a lower cost and give them the choices that they want for the coverage, that they want for themselves and for their families, not that the government forces them to buy."

Price said that it was "virtually impossible" for 14 million to be uninsured as the budget office estimates, because there are 8 or 9 million people who are on the exchange currently.

"I'm not sure how they're going to get to 14 million people uninsured, if that's what they say, with only 8 million people on the exchange," Price said. "It's just not believable, is what we would suggest. We'll look at the numbers and see."

"For there to be the reductions in coverage they project in just the first year, they assume five million Americans on Medicaid will drop off of health insurance for which they pay very little, and another nine million will stop participating in the individual and employer markets," he said. "These types of assumptions do not translate to the real world, and they do not accurately estimate the effects of this bill."

Price also would not concede that millions of people would lose coverage under their replacement plan: "The fact of the matter is they are going to be able to buy a coverage policy that they want for themselves and for their families. We believe that the plan we want to put in place is going to insure more individuals than currently are insured so we think that CBO simply has it wrong."

Newly appointed Office of Management and Budget director Mick Mulvaney joined Price at the press conference and also highlighted some shortcomings of the budget office scoring.

"The CBO score assumes that if you are on Medicaid today that you choose to get off Medicaid after the mandate goes away," said Mulvaney. "Does that make sense to anybody?"

"The plan doesn't get rid of Medicaid expansion, so what the CBO has told you is if you're on Medicaid, the day the mandate goes away, you're going to voluntarily get off Medicaid," he said.

Mulvaney did say that there were parts of the CBO report he believed were correct.

"Our proposal from the very beginning was that we believed for some reasons that have been basic tenants of Republican, conservative thought for a long time that competition lowers costs," Mulvaney said. "What the CBO just told us is that's exactly right, the numbers that I've seen in the first glance is that the CBO says that premiums will go down by at least 10 percent with this plan."