The Democratic mayor of Springfield, Mass. on Thursday castigated the Cambridge school librarian who rejected First Lady Melania Trump's donation of ten Dr. Seuss books because they are "steeped in racist propaganda."

Trump donated the books to Cambridge Elementary School earlier this month as part of National Read a Book Day, but the school's librarian, Liz Phipps Soeiro, wrote Tuesday on the Horn Book's Family Reading blog that the collection should have gone to schools in underprivileged communities that are being "marginalized and maligned by policies put in place by Secretary of Education Betsy DeVos."

"‘One fish – two fish – red fish – blue fish' – I think her comments ‘stink' and are ridiculous towards our beloved Dr. Seuss," Sarno said. "Her comments that this is ‘racist propaganda and that Dr. Seuss is a bit of a cliche and a tired and worn ambassador for children's literature' is ‘political correctness' at its worst."

Seuss—birth name, Theodor Geisel—was born and raised in Springfield, and is one of the city's foremost celebrities. The Dr. Seuss National Memorial Sculpture Garden has drawn children and their parents to the Quadrangle for 15 years, and this summer the city celebrated the opening of the Amazing World of Dr. Seuss Museum.

Sarno went on to praise the first lady's donation of books and extended an invitation for her and President Donald Trump to visit Springfield and the Dr. Seuss Museum.

"Dr. Seuss books continue to be a strong tool in our city's marked improvements in our reading retention programs," Sarno said. "By the way, kudos to First Lady Melania Trump for her generous offer to donate Dr. Seuss books to that Cambridge school library—they don't want them—we'll take them and would be honored to have the first lady and President Trump to visit the Amazing World of Dr. Seuss Museum too."

Melania Trump responded to Soeiro's letter on Friday through Stephanie Grisham, director of communications for the first lady's office, by releasing a statement to Fox News, the Washington Free Beacon reported.

"She has demonstrated this in both actions and words since her husband took office, and sending books to children across the country is but one example," Grisham said. "To turn the gesture of sending young students some books into something divisive is unfortunate, but the first lady remains committed to her efforts on behalf of children everywhere."

The librarian did not mention in her letter that at an event for Cambridge public schools in 2015, she dressed up as The Cat in the Hat to celebrate Dr. Seuss's birthday by reading Green Eggs and Ham to local children.

Soeiro also did not note that former President Barack Obama and First Lady Michelle Obama both read Dr. Seuss books to children several times during their eight years in the White House. The former president promoted his "Read Across America" initiative last March by reflecting on Dr. Seuss's literature, saying, "Pretty much all the stuff you need to know is in Dr. Seuss." 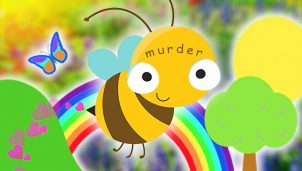 Everyone Needs to Stop Freaking Out About ‘Murder Hornets’