Bureau of Land Management (BLM) officials are demanding 24-hour access to ice cream for this year’s Burning Man festival in the Nevada desert, among the many demands made by the federal agency that could cost event organizers $1 million.

A federal permit has not yet been issued to Burning Man to hold the event, and BLM is making "unprecedented" requests for "VIP visitors" and its staff that will work the festival. Roughly 70,000 people are expected to attend the annual counter-culture art festival in Nevada’s Black Rock Desert this September.

The U.S. Bureau of Land Management is asking Burning Man organizers to build a separate compound with amenities such as flushing toilets, washers and dryers, and 24-hour access to ice cream for government officials staying in Black Rock City.

A Burning Man spokesman estimated the compound would cost the event more than $1 million, bringing its 2015 permit fees to about $5 million. The renderings of the compound obtained by the RGJ show various accommodations set aside for VIP visitors but don't indicate who the visiting dignitaries will be.

The report noted that Burning Man is refusing to comply with the demands, which also include: "flushing toilets to be cleaned daily by Burning Man staff, a laundry with washers and dryers, on-demand hot water, air conditioning, vanity mirrors, refrigerators, and couches."

A BLM spokesperson described the requests as "basic amenities for staff that will be on hand."

Former BLM director Bob Abbey, who now works as a consultant for Burning Man, called the requests "BS." He hinted the federal agency is using its power to approve permits to threaten the event organizers.

"[BLM won’t] change their strategy of threatening your permit until you agree to everything they are demanding including the latest BS proposal for providing VIP facilities for law enforcement and (Department of Interior) officials," he said.

Senate Minority Leader Harry Reid (D., Nev.) also criticized the demands in a letter to Interior Secretary Sally Jewell, saying, "Living with the elements is part of the experience."

According to the Reno-Gazette Journal, BLM Special Agent Dan Love of Salt Lake City is behind the requests, which would give him a "personal bathroom trailer." Love was also behind sending heavily armed federal agents to surround Cliven Bundy’s ranch in Nevada over a dispute over grazing fees. 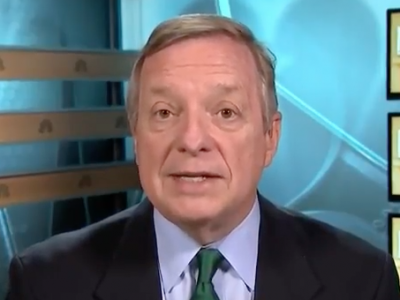