Sen. Orrin Hatch says proposal would give a family of four a tax cut of $1,400

The Senate's version of the Tax Cuts and Jobs Act would create roughly 925,000 new jobs and increase gross domestic product by 3.7 percent, according to an analysis from the nonpartisan Tax Foundation.

On the business side, the plan cuts the corporate tax rate from 35 percent to 20 percent, allows immediate expensing of capital investments, eliminates the corporate alternative minimum tax and moves the United States to a territorial system, just to name a few of the provisions.

On the individual side, the proposal keeps the seven brackets, lowers the rates for several of them, nearly doubles the standard deduction, expands the child credit and eliminates the alternative minimum tax.

Senate Finance Committee Chair Orrin Hatch (R., Utah) said that the tax reform proposal will give a typical family of four a tax cut of roughly $1,400.

"The Senate's version of the Tax Cuts and Jobs Act is a pro-growth tax plan, which, when fully implemented, would spur an additional $1.26 trillion in federal revenues from economic growth," the Tax Foundation states. "These new revenues would reduce the cost of the plan substantially."

The Foundation estimates the tax reform proposal would lead to 925,000 new full-time jobs created in the long run and the plan would boost gross domestic product by 3.7 percent. The increase in GDP growth would allow wages to increase by 2.9 percent and capital stock would increase by 9.9 percent.

"The larger economy and higher wages are due chiefly to the significantly lower cost of capital under the proposal, which reduces the corporate income tax rate and accelerates expensing of capital investment," the Foundation explains. "These long-run economic changes are generated by several key provisions in the bill, particularly the corporate and individual income tax rate cuts, and the accelerated expensing provisions."

Sen. Hatch said that the proposal is part of an effort to help Americans keep more of their hard-earned dollars, see their take-home pay increase and help them find new jobs.

"We've preserved and even strengthened incentives that ease financial burdens associated with growing families and ensured Americans can save for their retirement and invest in their future," said Sen. Hatch. "The Senate proposal benefits Main Street businesses and modernizes the tax system in a way that will shift our economic landscape to make America a more inviting place for businesses to invest, keeping jobs from being shipped overseas."

In comparison to the Senate bill, the Tax Foundation finds that the House version of the Tax Cuts and Jobs Act would create 975,000 new full-time jobs, increase GDP by 3.9 percent and increase after-tax incomes by 4.4 percent. 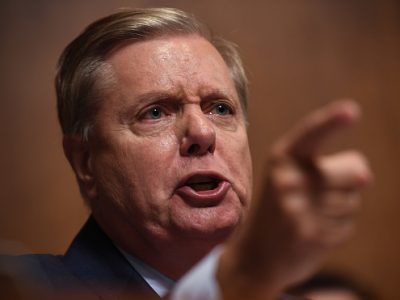