Senate Republicans have yet to release a promised set of reforms for America's police departments, but that has not stopped top Senate Democrats from waging preemptive war on their colleagues' forthcoming bill.

Leading Senate Democrats, including minority leader Chuck Schumer (N.Y.) and top vice-presidential contender Kamala Harris (Calif.), have blasted Republicans' still nascent proposal—which is expected to include restrictions on chokeholds, a national database of police use of force, and the labeling of lynching as a hate crime—as "cherry-picking" and "far from being relevant."

All those measures appear in House Democrats' own policing bill, but Senate Democrats suggest that the GOP bill is not up to the moment. Those criticisms come even as the bill's contents remain in flux—the ban on chokeholds was added just days after Sen. Tim Scott (R., S.C.), who is overseeing the bill's drafting, said such a ban could not "get to the finish line."

These criticisms lay the groundwork for Schumer's caucus to reject out of the gate a counterproposal to House Democrats' sweeping package, forestalling widely popular efforts at legislative reform.

The preemptive critiques also indicate the tenuous political position Democrats find themselves in, as a vocal minority on their left flank agitates for the full defunding or abolition of America's police departments. Although these proposals are unpopular, their sway within some sectors of the progressive base may inform Democrats' caution about appearing too conciliatory on reform.

"It's sad that Senate Democrats' extreme partisanship means they're attacking a policing reform bill before they even read it," one Senate GOP aide told the Washington Free Beacon.

The Republican proposal is currently in development under the guidance of Scott, one of only three black members of the Senate. That role has earned Scott his fair share of racial invective from the left, against which he pushed back in an impassioned tweet, writing "you DON'T want the person who has faced racial profiling by police, been pulled over dozens of times, or been speaking out for YEARS drafting this?"

Not surprising the last 24 hours have seen a lot of "token" "boy" or "you’re being used" in my mentions. Let me get this straight…you DON’T want the person who has faced racial profiling by police, been pulled over dozens of times, or been speaking out for YEARS drafting this?

"Senator Scott continues work on the JUSTICE Act, which is built on a foundation of bipartisan ideas such as increasing the use of body cameras, increasing training around de-escalation and use of force, and the Justice for Victims of Lynching Act," Scott's communications director Sean Smith told the Free Beacon. "Now is our time to act, and Democrats letting politics get in the way is the absolute last thing our nation needs right now. We challenge them to work with us towards solutions, not hide behind a shield of partisan politics."

Scott's bona fides, however, have not earned him much recognition among Senate Democrats. During a Senate floor speech, Schumer disclaimed Scott's working group, saying "working groups are all fine and well, but it is critical that we pursue comprehensive reform, not seek the lowest common denominator." Senate minority whip Dick Durbin (Ill.) said that while Scott was a "good man," "just doing some kind of symbolic effort is not enough."

Other Democrats have been quick to label the as-yet-unfinished bill as categorically unsatisfactory. Sen. Cory Booker (N.J.) said it was "heavy on gestures and light on meaningful reforms," adding that the unreleased plan is "not the solution." Sen. Tammy Duckworth (Ill.) said that while she would be supportive of "systemic change," she "wouldn't be surprised if it's more cosmetic."

Some have said Senate Republicans aim to mislead. Sen. Brian Schatz (Hawaii), among the Democratic caucus's most vocal firebrands, tweeted that while he likes Scott, "we have to be mentally prepared for this to be whittled down to a blue ribbon commission," adding "we cannot allow Republicans to get the benefit of feinting towards real action and then doing nothing."

Schatz and his colleagues' preemptive battering of the GOP bill sets the stage for a knock-down, drag-out fight over an issue where the electorate expresses broad, bipartisan support for certain reforms in the wake of the police killing of Minneapolis resident George Floyd. According to a recent Yahoo/YouGov poll, large majorities of both parties and independents endorse training police to deescalate conflict, providing body cameras for all police, implementing an "early warning system to identify problematic officers," and banning choke holds.

President Donald Trump is widely expected to take his own action on policing this week. The anticipated executive order is said to include the creation of a national certification system for law enforcement and a database to track wrongdoing as well as encouragement of local departments involving mental health experts in certain routine activities. House Democrats have floated their own proposal, the Justice in Policing Act.

None of these proposals, however, may be enough to satisfy Democrats' progressive activist base, which has agitated over the past several weeks to defund or abolish local police departments. The proposal has gained currency among some Democratic leaders, including Harris, but remains massively unpopular among the general electorate. 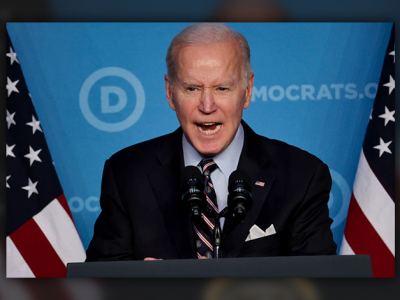