I feel like it's been a modestly disappointing year for movies. But I also feel like I always feel that way?

Still. I admired Roma for its artistry and its technical skill but found it manipulative in the worst possible way. The Incredibles 2 called to mind a beautiful math equation brought to life, with its mastery of action-oriented angles, but left me cold. Ocean's 8  was great fun, though I can't really remember anything from it. The Star Wars saga finally collapsed under its own weight, the box office disaster that was Solo following the disappointment of The Last Jedi. (Great droid in Solo, though.) Black Panther might have made this list—finally, an MCU villain we can care about!—if the last half-hour of CGI spectacle didn't look so … cheap. And shoddy.

As with any such list, I'm sure that you will look at the choices below and become incensed that one of the near-misses above failed to make the cut. Such is life. Please direct comments and complaints to the Free Beacon ombudsman, Biff Diddle. Let's get on with it, shall we? 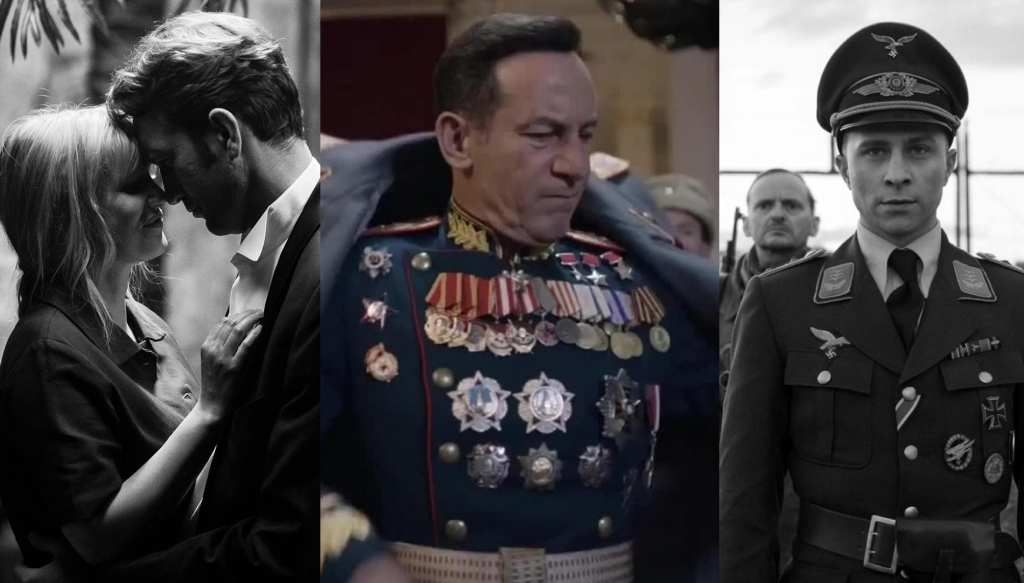 I wrote about why I've paired these films here, if you're interested—tl; dr: They all hit on the absurdity of totalitarianism. I'd be remiss if I didn't take one last chance to highlight the work of Jason Isaacs as a frat-bro Zhukov, who might have been the best character in any movie this year. Just stellar work.

9: Spider-Man: Into the Spiderverse 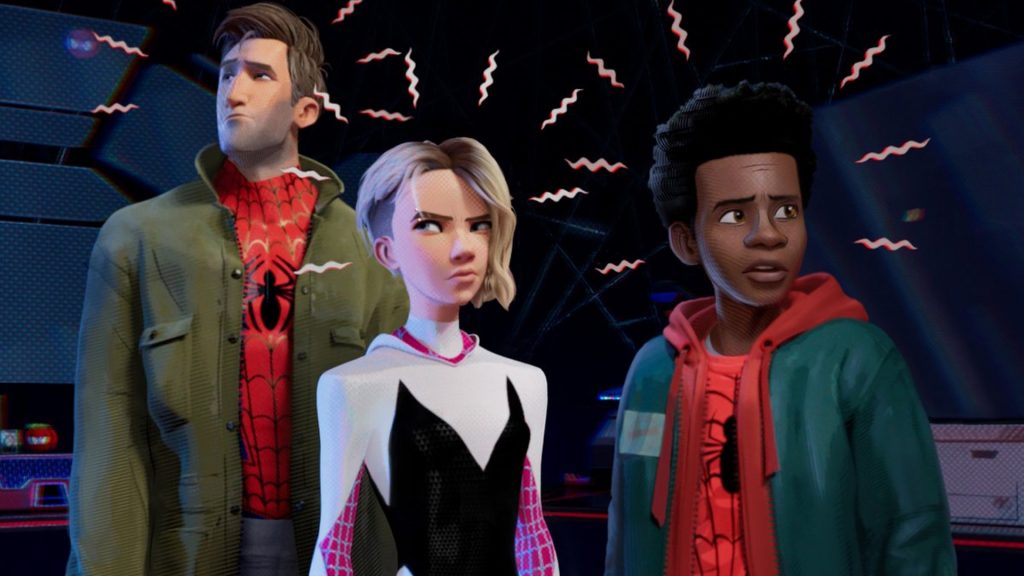 Review here. The best comic book film of the year, by far. I'm kind of surprised to see that it's not taking off at the box office; I expected this to have a very solid weekend-to-weekend hold. The fact that Venom is going to end up grossing four times what this movie grosses is a bit of a disappointment.

8. The Other Side of the Wind 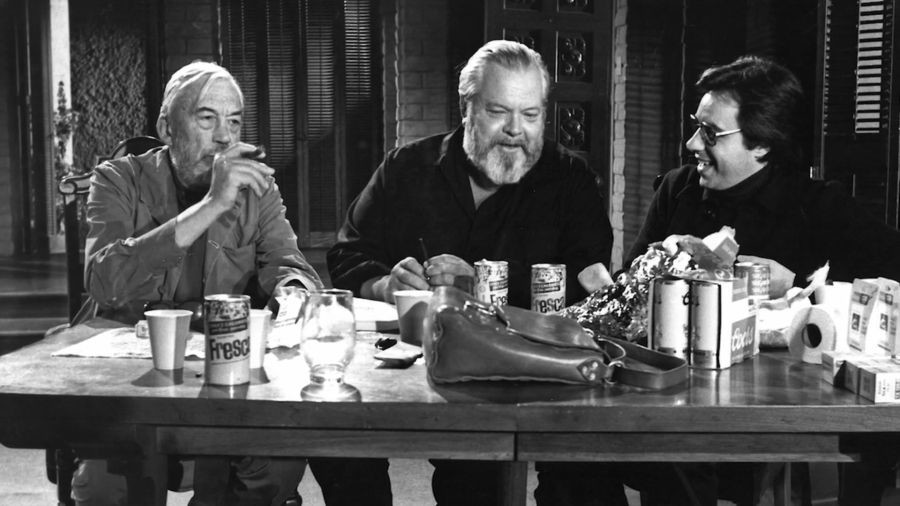 A pitch-perfect parody of New Hollywood excess from a director who was simultaneously revered by the New Hollywood types and shut out from the studio system that hoped to emulate his auteur-driven work to reinvigorate their moribund business. The Other Side of the Wind is as fascinating for its backstory as it is for the work on the screen; the New Yorker has an excellent recounting of all the effort it took to get this last film from Orson Welles made. Say what you will about the ethics of Netflix using scads of VC cash to disrupt the film industry in its attempt to destroy the studios—having an enormous amount of capital to burn through means you can make various legal entanglements disappear pretty easily. 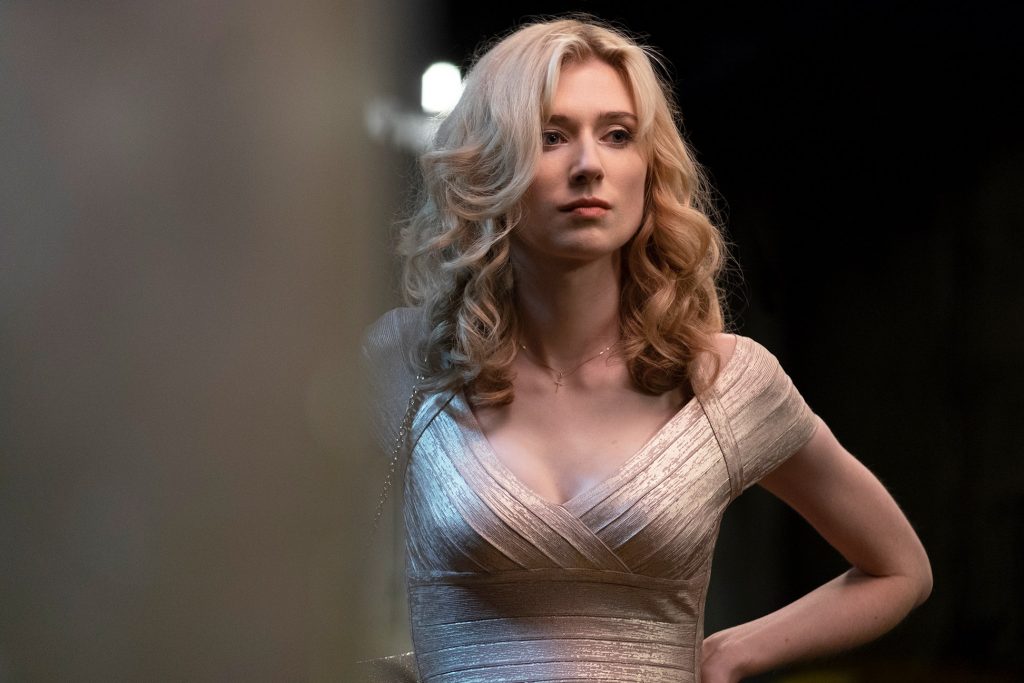 Review here. More thoughts here. If not for the really, really dumb twist in the last act, Widows might have been at the top of this list. It's not a heist movie so much as a film about local corruption and the rot at the heart of our municipalities. 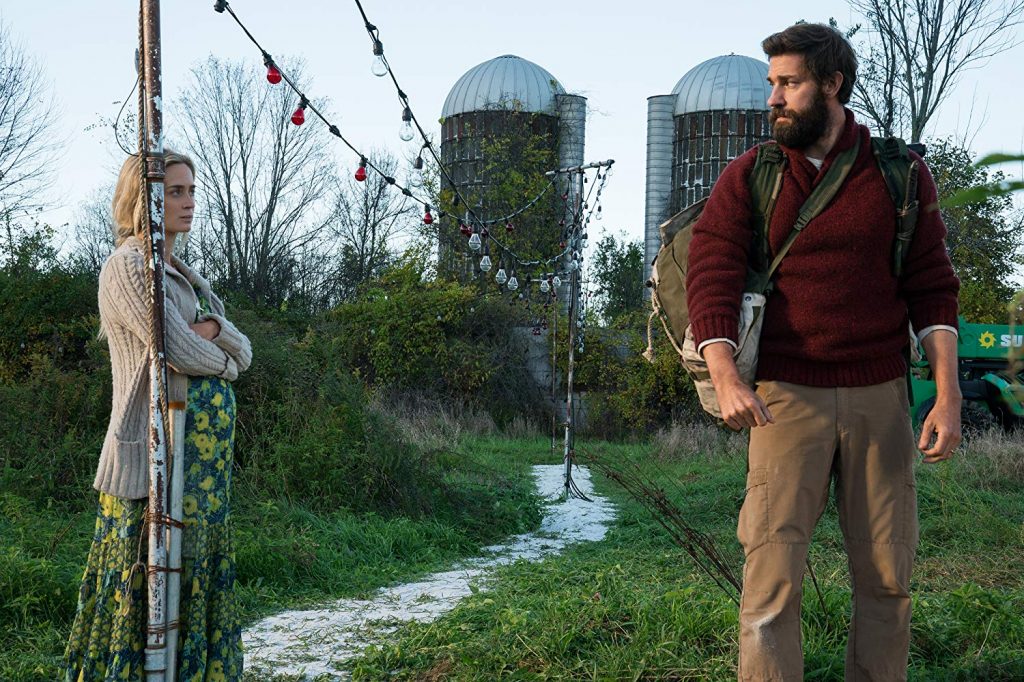 Review here. More thoughts here. A Quiet Place isn't high art or anything. The framing of its shots is basic. The acting is very good, but not showy. You could drive a truck through the plot holes. And yet, as a portrait of a family in crisis, I found it deeply affecting. Having a kid has ruined me, what can I say? 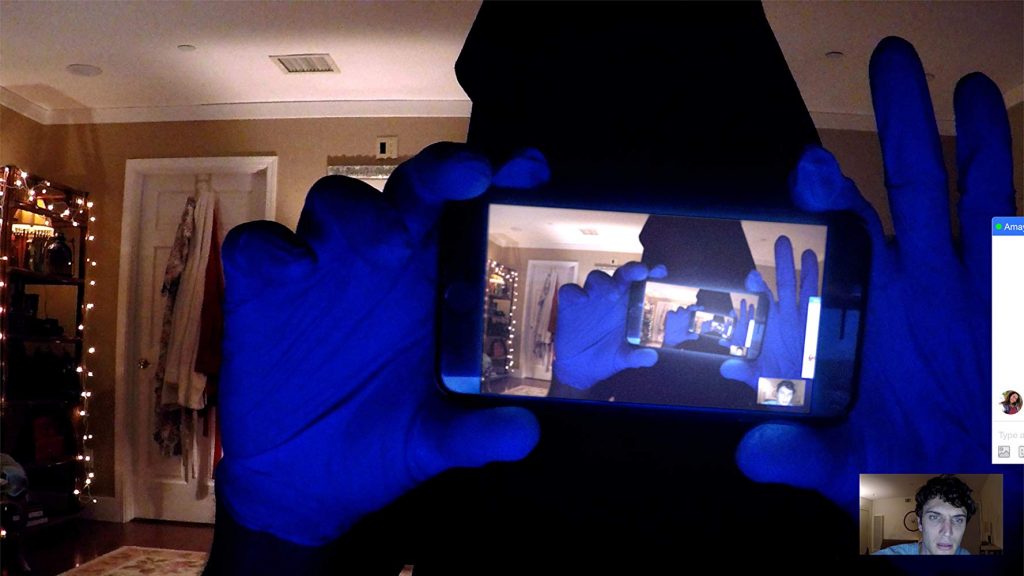 Review here. More thoughts here. I am willing to grant there's a 100 percent chance that audiences will look back on this film and laugh about its vaguely hokey portrayal of an interface with the dark web. The very use of the term "dark web" will likely inspire guffaws. That's fine. It's fine! Because Unfriended: Dark Web, lame tech language aside, nevertheless gets at something very real and very scary about the manner in which the internet can be used to destroy your life. We really should try to figure out how to shut the whole thing down while we still can.

Review here. I feel an intense amount of pity for people who forced themselves to find things to hate about this movie because it was the dread problematic. The Discourse About Movies, as always, was bad. On the upside, Isle of Dogs inspired the single best piece of criticism I read this year: Moeko Fujii's examination of translation as a narrative device. Fascinating stuff, highly recommended. 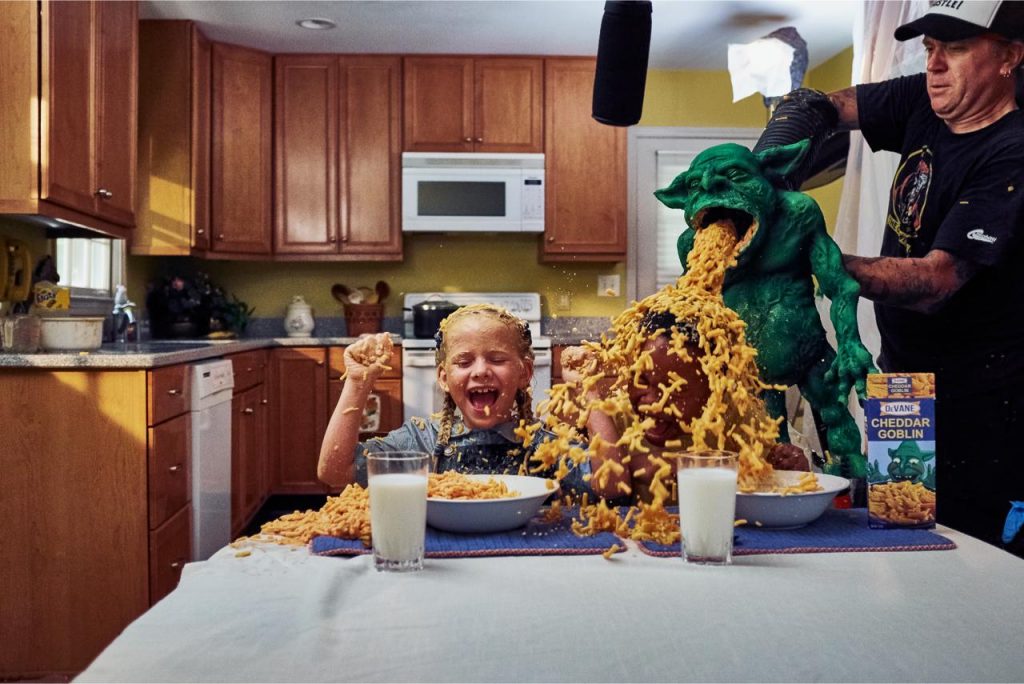 Review here. It's not going to be to everyone's tastes. But it has Nic Cage screaming in a bathroom and a puppeteered goblin vomiting mac and cheese onto kids. So, you know. Am I not supposed to pick this? 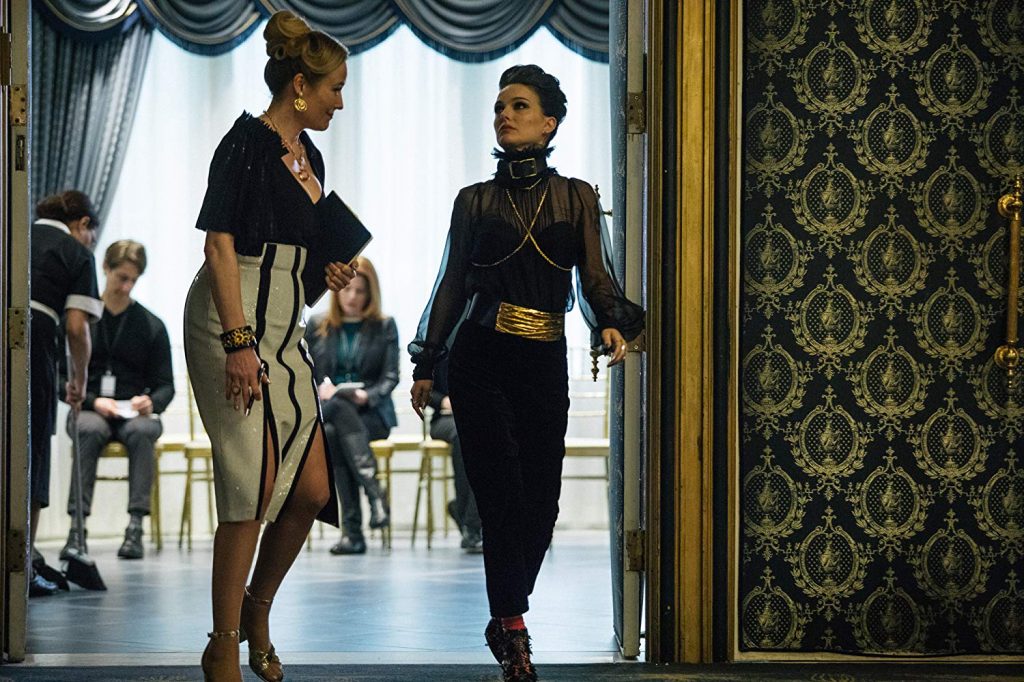 Review here. More here. Vox Lux borrows a line from Italo Calvino's Invisible Cities, a fictional recounting of Marco Polo's discussions with Kublai Khan about the conqueror's imperial possessions. Here's how the line, which Khan is speaking to Polo, appears in the book: "At times I feel your voice is reaching me from far away, while I am prisoner of a gaudy and unlivable present, where all forms of human society have reached an extreme of their cycle and there is no imagining what new forms they may assume." The bolded part is what was tweaked for use in the film. For our purposes here, I'd just like to highlight the sentence that immediately follows: "And I hear, from your voice, the invisible reasons which make cities live, through which perhaps, once dead, they will come to life again."

Keeping this in mind, one might be tempted to argue that Vox Lux is about more than the shallowness of fame and our own grubby obsession with celebrity. I mean, it is about those things. But it also might be about the ways in which art, especially popular art, can unite and inspire and, yes, narcotize the masses. There is, perhaps, a reason that director Brady Corbet followed up his film about the childhood of a fictional fascist leader with this one.

1. The Ballad of Buster Scruggs 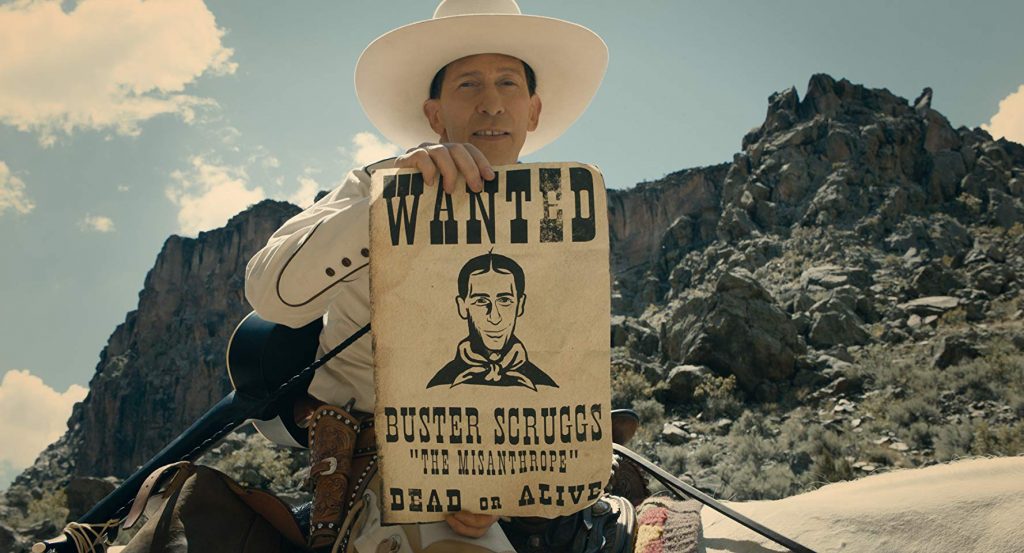 Review here. Like most films by the Coen Brothers, Buster Scruggs rewards repeated viewings. Trust me, watch it again. If you didn't love it the first time, you might the second time around. Or the third.