Hyperbole was typically the name of the day in television coverage of the joint album dropped by Beyoncé and Jay-Z, the world's most powerful music couple.

"Everything Is Love" came out as a surprise over the weekend and is the first full-length, joint album by the Carters—Jay-Z's real name is Shawn Carter. They filmed the music video for the track "Apes—t" at the Louvre in Paris, France, and NBC Nightly News declared, "The megastars and their dancers upstaging priceless art with modern moves."

HLN called the Carters "redefining what it means to be poetry in motion" and likened their art to da Vinci and Michelangelo. "Good Morning America" gushed over "the depth and power of their previous work and their stature as artists." 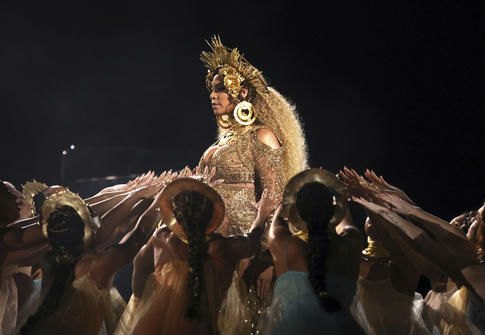