GI Joe: Retaliation’s strongest quality may be its brevity. At a lean 99 minutes, the fat has been trimmed away, leaving the barest bones of plot, character development, and linear coherence.

Of the Joes, Duke (Channing Tatum) and Snake Eyes (Ray Park) are the only holdovers from the first film. And Duke is killed shortly after the film starts. Our heroes this time around are Roadblock (Dwayne "The Rock" Johnson), Lady Jaye (Adrianne Palicki), and Flint (D.J. Cotrona). 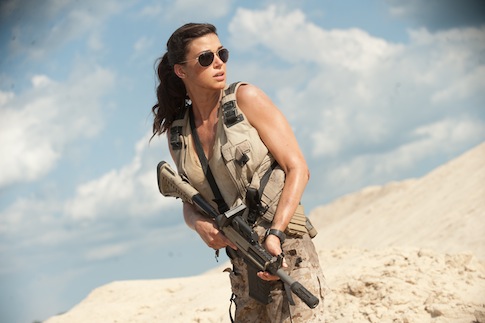 Their job: Figure out why the president has turned on the Joes, what evil plan Cobra has concocted, and how to save the world from annihilation.

This is less a sequel than a reboot. The absurd "accelerator suits" from the first film that made soldiers stronger and faster have disappeared, along with most of the original cast.

It’s also worth noting that these GI Joes are GI Joes: Real American Heroes and not GI Joes: Blue Helmets with Attitude.

Whereas the director of the original film hoped to steer clear of all-American hoo-rah attitude by internationalizing the team and stripping it of American nationalism—"This is not a George Bush movie—it’s an Obama world," he told the Los Angeles Times in 2009—the sequel embraces the patriotic fervor of its source material.

The ninja Snake Eyes aside, this is an American team. All that’s missing are varsity letter jackets. When introducing General Joe Colton (Bruce Willis), we are told he is the reason the soldiers are called "Joes"—a direct slap at the first film, in which we are told GI Joe stands for "Global Integrated Joint Operations Entity." 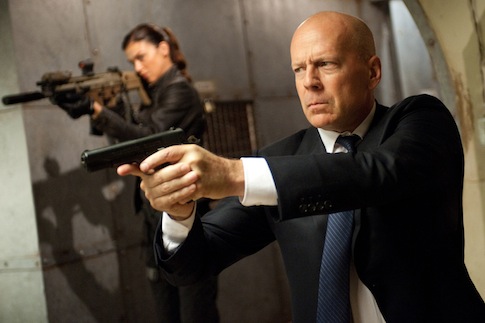 References to American history litter the scene in which we are introduced to Colton. General Joe gives Roadblock General George S. Patton’s famed ivory-handled pistol. His passcode to unlock his personal arsenal, from which Roadblock and the rest load up for war, is 1776.

Retaliation takes itself about as seriously as it should. Which is to say, not very. The dialogue is light and breezy, filled with jokes and sarcastic asides. The chemistry between Tatum and Johnson is good, and one can’t help feeling disappointed Tatum’s character meets his end so early. (Tatum reportedly wanted nothing to do with the sequel but made a pro forma appearance to satisfy contractual requirements.) 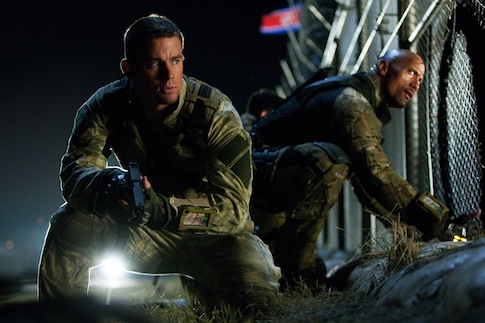 One comes to this movie looking for action sequences, and one is not disappointed. The main function of the plot is to move the characters around the world, from set piece to set piece. The film’s central battle sequence takes place high in the mountains, as a pair of Joe-backing ninjas squares off against Cobra’s Storm Shadow (Byung-hun Lee) and a team of katana-wielding bad guys.

It’s a pretty stunning fight, one the film’s finale doesn’t quite match.

GI Joe: Retaliation is by no means a great movie. But there are worse ways to while away 99 minutes.

Before I go, I’d like to levy especially harsh criticism against the studio for making this film in 2D, pulling it from its original release date last year, and spending months converting it into a 3D release. A pure cash grab, the 3D does little to enhance the picture’s quality but much to enhance the studio’s bottom line.

This was an especially cynical move, one that we, the audience, should not reward. Avoid 3D screenings.