A professor at Fresno State University isn't backing down after calling for the hanging of President Donald Trump on social media.

Professor Lars Maischak wrote a series of inflammatory tweets in February, which resurfaced and were widely spread on conservative media in the past week. In one tweet, Maischak wrote that, "To save American democracy, Trump must hang." In another, he asserted that "Justice" meant that two Republicans should be executed every time an immigrant is deported.

To save American democracy, Trump must hang. The sooner and the higher, the better. #TheResistance #DeathToFascism https://t.co/DSsV53sbO2

#TheResistance #ethniccleansing Justice = The execution of two Republicans for each deported immigrant.

After stories in the Daily Caller, Breitbart and elsewhere, Fresno State University announced they were reviewing the statements for potential violation of the law.

"Professor Maischak’s personal views and commentary, with its inclusion of violent and threatening language, is obviously inconsistent with the core values of our University," read a statement from the university's President Joseph Castro.

But Maischak refuses to back down. The history professor provided his own lengthy statement to local Fox affiliate KMPH defending his actions on Monday. 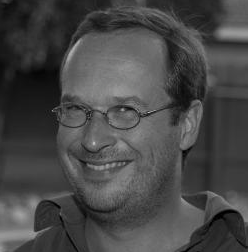 "I am appalled that the president of the university is allowing himself to be instrumentalized for a right-wing smear campaign," Maischak wrote.

"Specifically, the suggestion that I had made ‘potential direct threats of violence that may violate the law' is unwarranted," he argued. "It constitutes an embrace by the university of the claims made by right-wing propaganda outlets."

Maischak continued to argue that it was "far-fetched" to assume his "Trump must hang" tweet represented a invitation to murder the president.

"It is based on the assessment that the substantial continuity between Fascism and the present Republican Party makes it likely that the deeds of his government will be the subject of court proceedings, or even a tribunal akin to the Nuremburg Trials," he insisted.

Maischak has since used his Twitter to defend himself. The Fresno State professor has called the Trump administration a "terror regime," and has also attacked those who criticized his past tweets as Fascists.

I am not surprised that Fascists should equate the demand for justice with advocacy for murder or violence. It comes naturally to them.