The True Message of ‘Tomorrowland’ (Spoilers)

This is the latest in a series of posts in which I argue that a movie's true lesson is the opposite of its more obvious lesson. Previous installments include "Elysium is actually an anti-Obamacare parable," "Star Trek Into Darkness is pro-drone strike," and "Godzilla: The Anti-Global-Warming-Alarmism Blockbuster." This week, we'll discuss Tomorrowland (review here). Spoilers for that movie below.

No, seriously, I'm going to discuss the whole last 20 minutes of the film. Lots of spoilers. Here, enjoy this picture of grizzled George Clooney in order to keep you from seeing the spoilers in case you accidentally clicked on the story with "spoilers" in the headline and then kept reading despite the spoiler warning in the first paragraph and a second spoiler warning in this graf. I don't want you babies crying about spoilers. 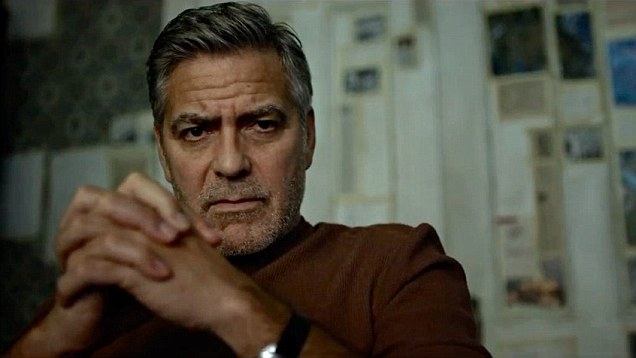 OK, so, you remember the timer from the Tomorrowland trailer? This one: 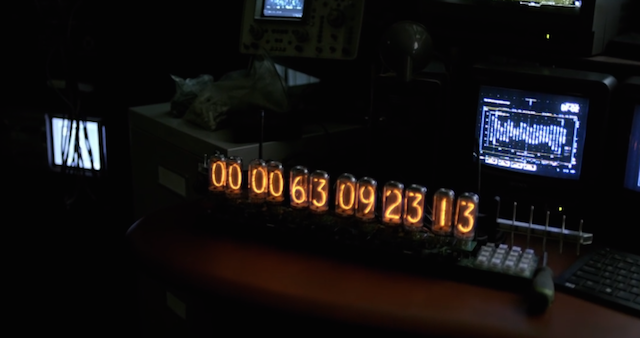 That timer is in Frank Walker's (George Clooney) house. Walker once lived in "Tomorrowland," a town two realities over founded by Nikola Tesla* and other scientific luminaries. Like a more hopeful version of Galt's Gulch, the residents of Tomorrowland searched for Earth's best and brightest and cloistered them away, allowing them to work "free of bureaucracy" and develop all sorts of amazing technology. One of the amazing bits of technology is a device that uses tachyons to see the future.

And the future is bad, you guys. We catch glimpses of it when Casey (Britt Robertson) enters the device: her Florida hometown has flooded because of global warming melting the ice caps (probably) and there are myriad other problems across the globe. Governor Nix (Hugh Laurie), the man who exiled Frank way back when, reveals that he has turned the future-predicting device into a sort of broadcasting tool in an effort to warn the people of Earth that their destruction is coming. He complains that the butterflies and the bees disappeared and we did nothing. Indeed, we accepted our doom, embraced our environment's destruction—because it required nothing of us. He says that we won't change because change is too hard.

The timer, then, marks the exact moment when everything goes to hell. We are told there is a 100 percent chance of this happening—a chance that dips to 99.996 percent when Casey tells Frank that she, like Han Solo, doesn't give a flip about the odds. We can't see exactly what caused the oceans to rise and the crops to fail due to some sort of mysterious "interference," but we know exactly when it occurs. Because science!

So, long story short, Frank and Casey murder Nix by crushing him with the tachyon device. And as the movie closes we discover that they've been training a new crop of child-like robot ambassadors** to go out there and find the next generation of dreamers, the few remaining optimists who can make the world a better place. Frank opens a portal to the place where hope exists—I didn't grab the exact line, but he says something like, "let's see where the future is"—and we see, through the portal, a wind farm. We see a man protecting elephants from poachers. We see beautiful, soaring redwoods.

In short, we see people who care about butterflies and bees. The future belongs to the environmentalists—if only we give ourselves over to them.

I want to back up just a sec, though. Frank is talking to the robot ambassadors (and, by extension, the audience: he's staring directly into the camera, addressing a crowd that we don't see until the final moments) when he just kind of glosses over the fact that they passed the 60-day countdown "almost a year ago" and nothing happened. The clock counted down to zero and there was … nothing. No mushroom clouds over major cities. No flooded American suburbs. A whole bunch of nothing happened. He can't explain it. They didn't really do anything to save the future. He just seems happy it didn't come to pass.

And that's when I realized that Frank is simply the charlatan leader of a pseudo-scientific doomsday cult, a big budget version of The Reasonabilists from Parks and Rec waiting for Zorp the Surveyor to come along and wipe everything out. In this, he reflects virtually every other environmentalist doom-monger from the 20th century. The world did not explode in a population bomb. We did not freeze to death in a big chill. Peak oil came and went. Resources grew less scarce, not more. We have not, and will not, burn to a cinder.***

But hey! Doomsday came and went and nothing happened? Well, that's no reason to think that the doomsayers like Frank are wrong, now is it?

The real lesson of Tomorrowland is that there's no reason to make any special effort to change because nothing bad is going to happen anyway, despite all the doomsaying to the contrary. Things are getting better literally all the time without any particularly massive effort. Don't worry. Be happy. Go watch Mad Max: Fury Road. You'll be happier that way.

*The sect that has sprung up around Tesla over the last decade or so is both fascinating and baffling.

**One such child-like robot ambassador, Athena (Raffey Cassidy), recruited both Frank and Casey to come to Tomorrowland, teaching them about the power of hope.

***We did fail to wipe out malaria because DDT was vilified and we continue to do untold damage to third world populations by pushing anti-science GMO bans, but ¯\_(ツ)_/¯