We all witnessed the death of Beto O'Rourke's political career. "I will not be a candidate for president in 2020," the Democrat said rather definitively after losing the Texas Senate race in November, and to most that was the end of it. But truly, he has risen again, so sayeth the Gospel of Vanity Fair.

In what can only go down as the most worshipful, reverential Beto profile of the twelve thousand or so we've seen so far, reporter Joe Hagan writes that the former congressman "can appear almost too innocent to be a politician—too decent, too wholesome, the very reason he became popular also the same reason he could be crucified on the national stage." Wow, an innocent, decent guy who was crucified by people who didn't deserve him! Quite subtle.

The other candidates might as well drop out now, because Hagan also lets us know that Beto is a child of destiny. "I’m Just Born to Do This," the headline reads. "I’m just born to be in it," Beto likewise says in the body. When noting that Beto owns presidential biographies, Hagan himself comments that "there’s some political poetry to it, a sense that O’Rourke might be destined for this shelf. He has an aura." His potential announcement is a "possibly world-historical political event."

Not only does Beto have an "aura" but "near-mystical" powers! His first miracle comes not at a wedding, but at a campaign rally, a moment where Hagan recounts that Beto and his wife "first witnessed the power of [his] gift."

"I honestly don’t know how much of it was me," he tells Vanity Fair. "But there is something abnormal, super-normal, or I don’t know what the hell to call it. Every word was pulled out of me. Like, by some greater force, which was just the people there. Everything that I said, I was, like, watching myself, being like, How am I saying this stuff? Where is this coming from?"

He possesses "a preternatural ease." So powerful is this otherworldly magic that when Beto hints at a presidential run, Hagan writes it's because "he finally can’t deny the pull of his own gifts."

The word of Vanity Fair. Thanks be to God.

I say "God," but neither Beto nor the magazine deal in anything so unfashionable as all that. Yes, there are millions of Americans who also believe our lives have been plotted ahead of time, that earthly leaders have been ordained by a higher power—heck, some even believe in "gifts" of the spirit that manifest as spontaneous speech. But Beto is the savior of the spiritual-but-not-religious. The Universe has charted his course, Destiny will grant him power, his gifts derive from, like, Humanity, man. There is no I AM in the theology of Beto, only YOU WILL BE.

When choosing a messiah from the ranks of the living, an abundance of caution goes a long way. While the obvious parallel here in terms of liberal letdowns is Obama (who I suppose in the iconography of Beto must now be downgraded to a sort of John the Baptist/Elijah figure), this is not the first hagiography composed by Hagan or shot by legendary photographer Annie Leibovitz. Over a decade before Beto (12 B.B., to be exact), the two collaborated on a profile of another young white savior of the Democratic Party.

He was "a populist Adonis, a golden god," with "piercing blue eyes, slashing V-shaped smile," who spoke with "honesty" and "plainspoken humanity," with supporters "moved to goose bumps by his speeches, trying to touch the hem of his suit," whose campaign wanted to combine "the heartfelt message and the perfect messenger." He was even "thought to be the second coming"! …of Bill Clinton, mind you.

Who was this shining example of humanity? 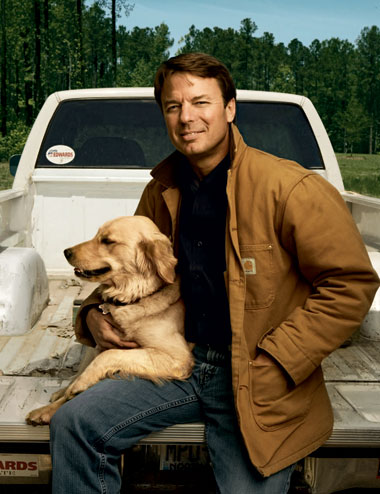 Oh. Well, they got the Clinton thing right.

Supreme Court: States Can Bind Members of The Electoral College