"In an ideal world, there would be no weapons of mass destruction." Most people would probably agree with Margaret Thatcher, whether they accept or reject the idea that eliminating nuclear weapons would make the world safer. But, the Iron Lady added in her open letter from 1986, such weapons do exist, and "they cannot be disinvented." More to the point: "Nuclear weapons have kept the peace for [what was then] over 40 years" with a simple yet powerful effect. "Wars are caused when an aggressor believes he can achieve his objectives at an acceptable price," she wrote. "Possession of our independent nuclear deterrent makes plain to potential aggressors that the price they would pay would be intolerable. That is deterrence. And it has worked." The late British prime minister was utterly convinced of the efficacy of nuclear weapons in preventing tragedy, and she had the empirical evidence to prove herself right: since World War II, there had not been any hot wars between great powers, despite the American-Soviet contest for global supremacy. Now that stretch of peace has grown to 74 years, a historical aberration by any standard.

Mikhail Gorbachev, the last leader of the Soviet Union, had "heated discussions" with Thatcher on the effectiveness of nuclear deterrence when they both held power, as he recalls in a new op-ed for the Wall Street Journal. "We argued about many things and often found common ground, but on this question she fought to the last," he writes. "Nuclear weapons, she insisted, prevented World War III." Gorbachev makes clear in the headline and subhead that he disagrees. "The Madness of Nuclear Deterrence," reads the title. "The dangers have only become more acute in the decades since I tried to convince Thatcher."

In his piece, Gorbachev says there is urgent need for strategic engagement between the United States and Russia, before stating his broader point. "I am also convinced that nuclear deterrence, instead of protecting the world, is keeping it in constant jeopardy," he writes. "Nuclear weapons are like a rifle hanging on the wall in a play written and staged by a person unknown. We do not know the playwright's intent." The former Soviet leader then dismisses the idea that "nuclear weapons can save the world from war" and says pursuing nuclear arms control is "common sense."

Gorbachev makes important points about the many ways in which nuclear weapons could be launched by mistake—technical failure, human error, computer error, or in response to a false alarm—and how it would be a true nightmare for terrorists to get their hands on them. But his main argument—that nuclear deterrence keeps the world in "constant jeopardy" rather than protects it from horrific wars—is not only wrong, but also dangerous, as is the clear implication throughout his piece that, through further arms control, the United States should seek a world without nuclear weapons.

The problem with Gorbachev's thesis is that nuclear weapons do prevent horrific wars. There has of course been plenty of bloodshed since 1945, but not directly between those states with the ability to wield influence on a global scale. The American-led global order—defined by an open global economic system, international institutions, liberal values, and American supremacy—has certainly contributed to this peace, but nuclear weapons have also played an essential role.

Try this thought experiment: imagine that tomorrow all of the world's nuclear weapons suddenly disappear. What would happen? Would the world become safer, more peaceful? No. In fact, quite the opposite: logic, and thousands of years of history before the atomic bomb, shows that the world would be more violent, with several countries likelier to go to war. Think about the hostility between India and Pakistan, which have gone to war four times since 1947. Each country is very aware of the other's nuclear weapons and makes sure that any act of aggression falls below the threshold that would trigger their use. There are plenty of belligerent statements and military actions, but both sides avoid a certain level of escalation because of the prospect of nuclear war. But then take away nuclear weapons. The same history, ideology, hatred, and passion are there; moreover, the same geopolitical situation exists. Sure, India and Pakistan would still want to avoid a large-scale war—conventional deterrence works, too—but without fear of the same apocalyptic consequences, would they be more or less likely to escalate a skirmish to the point of war?

The same logic applies to the tensions and hostilities between the United States, China, and Russia. Are the United States and China more likely to go to war over the South China Sea with nuclear weapons or without them?

Simply put, states are much less likely to attack the homeland or vital interests of a nuclear-armed state, fearing the attack might trigger a nightmarish nuclear response. Eliminating nuclear weapons also eliminates that fear, making leaders more willing to take risks and escalate a situation. That means more violence, not less, especially when today's non-nuclear weapons are capable of plenty of devastation themselves. But they do not have the same aura or destructive power as nuclear weapons, and therefore do not have the same ability to deter aggression.

The historical record shows that the world is more stable when the few largest, most powerful countries have nuclear weapons. Still, American efforts to reduce the size of their arsenals are worthwhile as long as leaders in Washington are sober and realistic, recognizing that unilateral disarmament will not work and that dreams of a nuclear-free world are just that—dreams.

The real danger is not the existence of nuclear weapons in the first place, but nuclear proliferation. At a certain point, when too many countries have such weapons, their aura and the fear that they instill dissipate. Moreover, smaller countries—some totalitarian, ideologically driven, or ruled by unpredictable leaders—that are focused on more sensitive, local issues are, in general, more likely to use their arsenals. And even if these countries do not use their nuclear weapons, they may threaten to use them, giving belligerent governments such as Iran's a form of immunity to do whatever they want, without fear of punishment.

Proliferation aside, nuclear deterrence is logical, not crazy. No one knows whether conflict between nuclear-armed states would produce nuclear mushroom clouds because no one has ever had to find out, and that is because of nuclear deterrence. Much of the discussion about nuclear disarmament focuses on practicality. Most experts and policymakers seem to agree in theory that a nuclear-free world would be great; those who oppose the idea and Gorbachev's argument do so only because such notions are unrealistic. Rarely stated is that, even if a nuclear-free world were possible, it would be a bad idea. Nuclear weapons have the ability to destroy the world, but they also keep the peace for that very reason. Such is the terrible magic of nuclear deterrence. 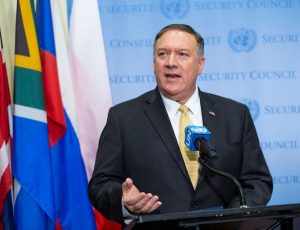