This blog has not been particularly kind to Shawn Corey Carter.

Hov’s dropped freestyles and propaganda vacays have landed him in hot water. But when the man says he’s a business man, he's not kidding.

Over his vanity Twitter account this morning, it was announced that the second official signing to the Roc Nation Sports imprint is college basketball and future WNBA star Skylar Diggins.

While Diggins may not be the best women’s hoopster in her draft class, she's arguably the most popular female athlete on the planet. She pulls off the rare balancing act of being considered feminine and desirable, but not a slut. Her competition for that title is USA Soccer’s Alex Morgan, but Morgan lacks Diggins's celebrity cred. Her 2011 Final Four was as notable for Lil Wayne’s Twitter P.D.A as it was for the Fighting Irish finishing second.

The Jigga-Diggins partnership will be fascinating to watch. There was much trolling on Jay-Z's 1/15 of 1 percent ownership of the Brooklyn Nets, but Jay’s fellow owners recognized that putting him in charge of branding would immediately transform the middling Nets into an ‘it’ franchise. Applying that kind of know-how to an athlete like Diggins could have huge consequences.

Be on the lookout for Diggins on billboards in Times Square and courtside at Miami Heat games. But also be on the lookout for the caption when you see "WNBA’s Skylar Diggins." H.O.V.A.'s got to make something from this opportunity, too. It wouldn't surprise me if Jay-Z brings Blue Ivy to a Tulsa Shock game. WNBA games are mostly attended by dads bringing their daughters anyway. 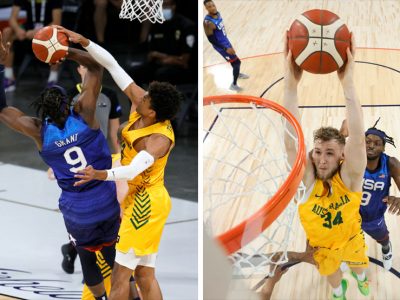