Following the Russian invasion and annexation of Crimea, the U.S. State Department issued a swift and forceful response:

To echo @BarackObama today-proud to stand #UnitedForUkraine World should stand together with one voice pic.twitter.com/VeMt578UdY

The White House #saberrattling has clearly touched a nerve in Moscow. In Crimea yesterday, Russian deputy prime minister Dmitry Rogozin tweeted the following "selfie." Translation: "Crimea is ours, and that's that!"

Secretary of State John Kerry, meanwhile, having solved the Ukraine crisis, is moving on:

@JohnKerry landing in Tel Aviv this afternoon. Negotiating team has been on the ground to help them agree to a path forward. 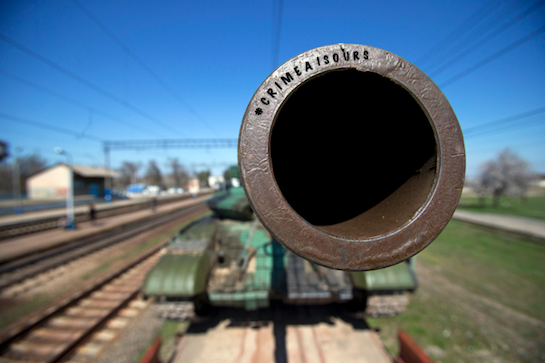