President Obama could learn a thing or two from his friend Beyoncé.

While the Beltway is circling around the White House’s bungled responses to multiple scandals, Beyoncé is embroiled in a controversy of her own.

Rumors are swirling that the pop mogul is touring Europe on her Mrs. Carter Tour pregnant with her second child with Jay-Z.  The theory was bolstered when last night on doctor’s orders Bey canceled her first ever concert.

Unlike the Obama White House, which has been on roller skates during the IRS/DOJ/Benghazi triple threat, Beyoncé promptly used her website to release a handwritten note: 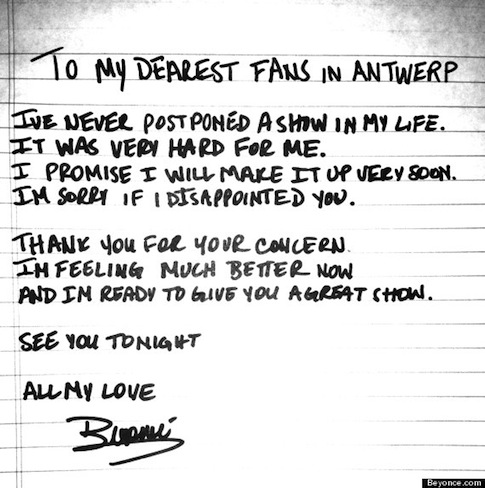 As this here blog has observed in the past, Beyoncé's brand management is expert. Most recently, for instance, she corrected course from the Carter Missile Crisis in rapid time. And now, whether or not she's pregnant with Blue Ivy’s sibling, she has Sasha Fierce’d an emerging narrative that might have dogged her tour. Beyoncé will let us know the truth when she's good and ready.

Remember, Beyoncé revealed her first pregnancy at the end of a LIVE PERFORMANCE not even two years ago. Morning sickness won't hold her back. 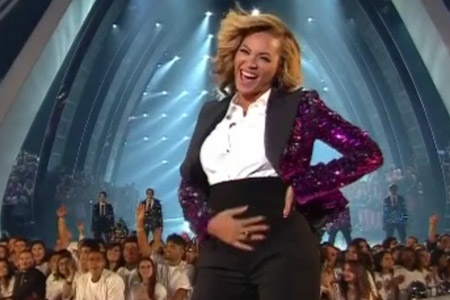 You just can’t learn that kind of hustle in a classroom.