A terrible slaughter is coming in the Middle East, Ebola virus has invaded our shores, and President Obama is in the affluent Manhattan suburb of Greenwich, Conn., for a Democratic fundraiser at a $16 million estate owned by a rich guy whose actual name is Rich Richman. This is not a parody.

With only one month left before crucial elections, President Barack Obama will be coming to Greenwich on Tuesday for a big-ticket fundraiser at a 20-acre estate in one of the town's most upscale neighborhoods.

Ticket prices can go as high as $32,400 per person, which includes a VIP photo reception, according to an invitation obtained by Capitol Watch. Guests can also attend for $10,000 for dinner without the VIP treatment.

Obama is coming to the $16 million estate of Ellen and Richard Richman in the Conyers Farm development, where the minimum lot size is 10 acres in Greenwich's famed "backcountry" neighborhood…

Reporters will have "very limited access" to the event. Obama attended a similar fundraiser at the Richman estate in 2010, which featured celebrity guests such as Hollywood director Ron Howard and Doonesbury cartoonist Gary Trudeau.

Richman, who has donated more than $1 million to Democrats since 1990, made his fortune in the affordable housing and investment racket. President Obama and his Democratic allies continue to be very concerned about the influence of money in politics. 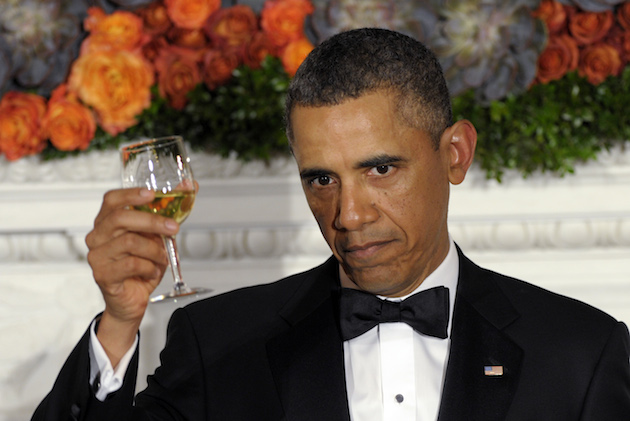