There’s a phrase used to describe a group of bros who join hands (so to speak), arrange themselves in a circle, and indulge in a congratulatory display of mutual adulation. You know the one. Here’s an example of that, as it applies to the left-wing wonkosphere.

1) VOX DOT COM executive editor Matt Yglesias pens a think piece/listicle on how the Democratic Party is doing just fine, thank you very much, and is as united as ever heading into 2016, even if Hillary Clinton decides not to run for president.

How do personalities matter in all this? Not so much. In the end, Obama implemented Clinton’s health plan (remember how he was against mandates?), and Clinton, if elected, will continue Obama’s legacy. The party is willing to rally around an individual because it’s unified on policy, not the other way around.

In fact, it’s the Republicans who desperately need a hero. In retrospect, they needed W much more than they realized: he combined policy fealty to the plutocrats with a personal manner that appealed to the base, in a way no Republican now manages.

This is a very sharp point by Paul Krugman http://t.co/geQfaTWnbE

"Krugman is responding to Matt Yglesias's argument that Hillary Clinton's broad support is the result of an unusually unified Democratic Party, not the cause of it," Klein writes. "You should read that, too."

Smart takes all around. Even the liberal thought leaders are unified! 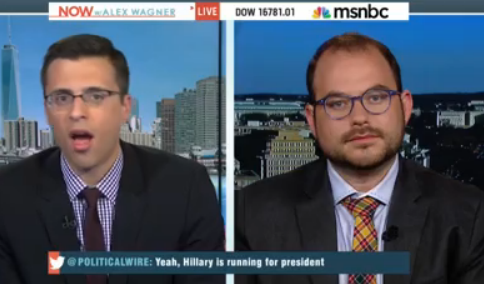 Biden Staffers: Campaign Is ‘Suppressing the Hispanic Vote’ in Florida