In Fresno, Donald Trump says environmentalists are to blame for California's drought and he will solve it by "opening up the water".

And immediately thought "just like Immortan Joe," the masked man in Mad Max: Fury Road who commands the Citadel until he is unseated by a cadre of valkyries whom he had previously kept as sex slaves and big rig drivers. And I mean many people thought this: 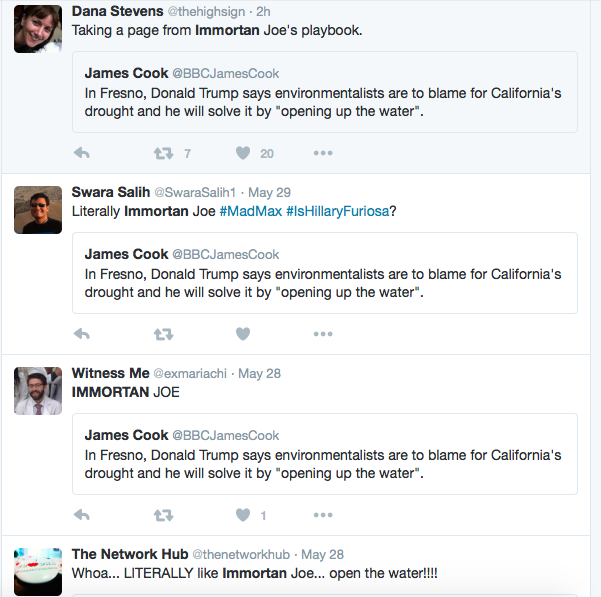 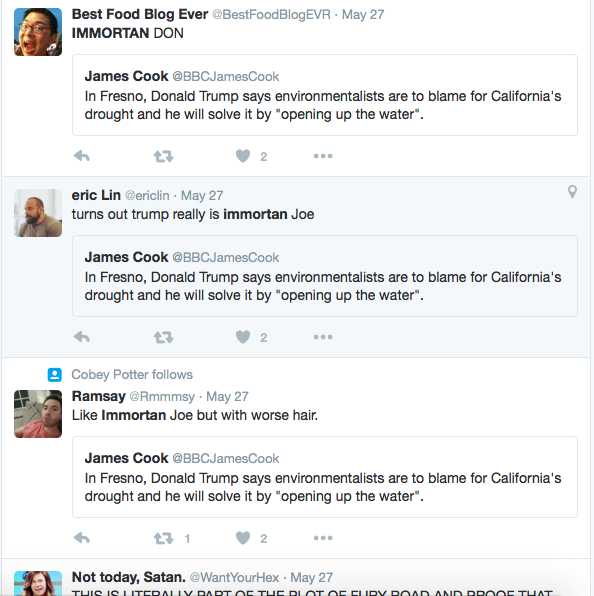 Anyway, it's worth noting, just briefly, that this is actually quite wrong and a total misreading and/or misremembering of what happens in the film. Remember that Immortan Joe was not actually keen to have the water flow willy nilly. He was not interested in "opening up the water." Indeed, we only very briefly see him turn on the water on to sate the most basic necessities of his thirsty subjects, before warning them "Do not, my friends, become addicted to water, or it will take hold of you and you will resent its absence!"

For all of his flaws—and he had several (see, for instance, the aforementioned sex slavery *thing*)—Immortan Joe was actually a pretty solid city manager. He was able to build, maintain, and defend an oasis in the midst of death. Indeed, it is the one bright, shining, surviving spot in the wasteland expanse that we see. His citadel wasn't a beacon of equality or anything, but basic survival is more important than making sure that the one percent and the 99 percent live in similar splendor. All you need to do is compare the Citadel to certain "green places" maintained by a band of aged motor-bike-riding incompetents and you'll understand that.

Okay, so, who was it that actually opened up the water? Who is Trump actually like from Mad Max: Fury Road? That's right: 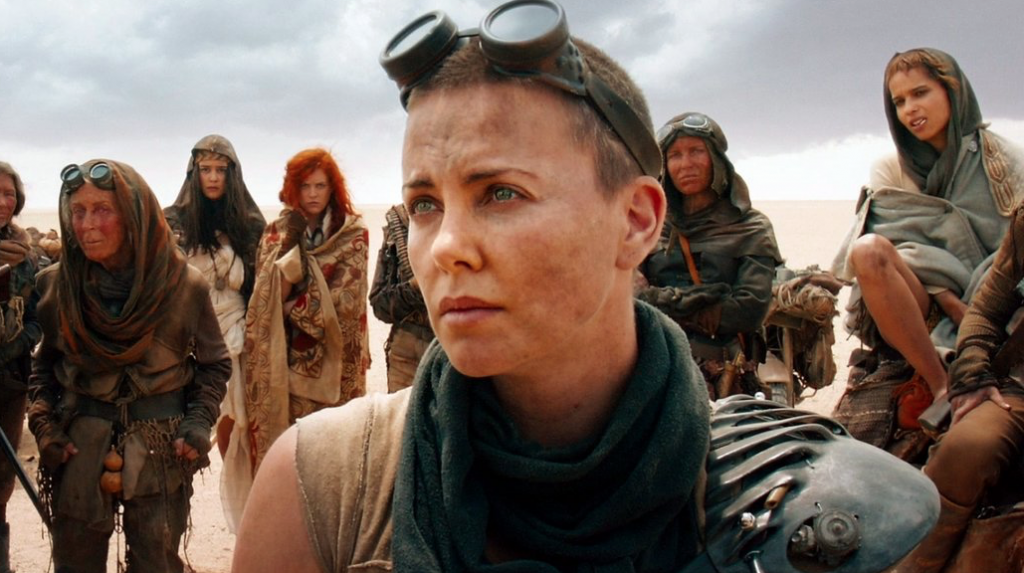 At the end of the film, as Max saunters off into the sunset, the women of Fury Road just throw the waterfall open, letting the precious aqua cola splash onto the Earth. There is no planning, no effort to conserve literally the scarcest resource on the planet or ensure that it is used efficiently. Nope. They're just "opening up the water." Twenty bucks says the Citadel winds up like the long-dead "green place" that Furiosa so desperately wanted to find before too long.