Guys, Magic is Real After All, and It’s So F***ing Beautiful

Yes, you heard me right, non-Muggles. It's the most beautiful news you've heard this year—maybe even the only good news. No, I don't mean that people in Des Moines have been spotted playing Quidditch or that the CEO of Uber has been dealt a Cruciatus curse (though a witch can dream, right?): I am referring to J.K. Rowling's truly magical takedowns of dangerous alt-right Twitter trolls.

It all started yesterday when our favorite Gryffindor received a nasty tweet from an anonymous  Death Eater.

Well, the fumes from the DVDs might be toxic and I've still got your money, so by all means borrow my lighter. pic.twitter.com/kVoi8VGEoK

Threatening to burn her truly magical tomes, or, to be honest, any book? Like, is this 1933 or the Middle Ages or something? What's next, burning witches?

There's more where that came from, sir.

Wham. It's hard to tell behind that gray square that JKR thankfully put in front of your avatar and Twitter handle, but I'll bet you're as ugly as an 80-year-old Hippogriff and smell worse than a pongy old dungeon troll. Which is exactly what you are, by the way: a loathsome, warty, right-wing, misogynistic, xenophobic, anti-LGBTQ troll. You're worse than Voldemort, and you just got hexed by one of the most powerful witches in the world. Put some ice on it because:

But there's another point I really want to make here. This isn't just about Twitter or about our favorite books or about sweet, sweet burns from dazzlingly clever sorceresses (though those things are all beautiful of course and we still need them). It's about the real magic that exists inside all of our hearts, the power of love that, as Dumbledore told us, is stronger than any spell—the charm of tolerance and decency extended on behalf of all persons everywhere regardless of race or gender identity or sexual orientation or documentation status. Like all powerful enchantments, it is one that can only be cast by wizards and witches who have the courage to believe.

Do you remember the first time you read Harry Potter and the Philosopher's Stone? How sad you felt when he was stuck in his cupboard with the Dursleys (who, let's be honest, would definitely be Trump voters) all alone without a friend in the world? Well, what happened next? That's right: the Boy Who Lived was also the Boy Who Believed, believed that one day a magic owl would arrive and change his life forever.

If all of us had the same courage as Harry, Hermione, Ron, Hagrid, and, of course, Dumbledore, who knows what could happen? Imagine a world in which a strong, intelligent woman could finally be elected president of the United States, a world in which not a single unwoke pizza place or beer company was allowed to exist—a beautiful new golden age in which inter-sex phobia disappears in a puff of smoke and the Pope is a fabulously dressed transman who blesses polyamorous unions and undocumented workers sit on the boards of major corporations like Coca-Cola and abortion and other essential women's health care services are freely available to all people just like they are in the wizard world, where Trump himself is transformed into a newt and disappears forever into the darkness that can no longer threaten the light that is in all of our hearts.

All of this—and so, so, so much more—is possible if you just believe. 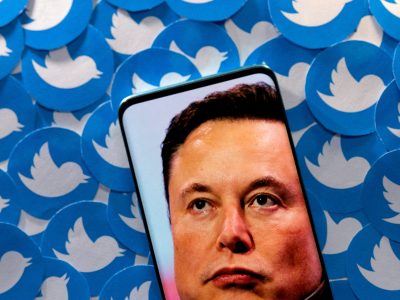 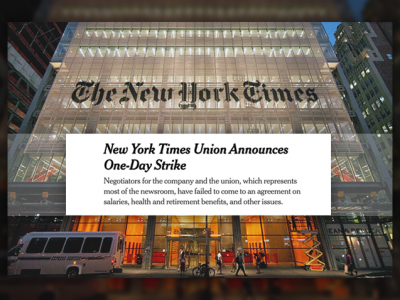 There Has Never Been a Better Reason To Read the New York Times. Here Are 101 Links You Should Click on Right Now