After enduring the awfulness that was The Purge—an anti-Tea Party screed masquerading as a home invasion flick—I listed five liberal "message movies" that don’t suck. When I posted the link to my Facebook feed, a friend asked, "Do you have a list of five conservative message movies that don't suck? Not trying to start something, just curious what it would look like."

Without thinking too much about it, I responded that I’d be hesitant to try to compile such a list because most conservative/libertarian "message movies" are terrible: Atlas Shrugged, An American Carol, The Informers,* and so on. I’m not going to sugarcoat it: we right-of-center types often have a tough time making competent message movies. And we tend to overpraise those few films that do get made because they are morally and/or politically to our liking.

"But utility is a treacherous standard in art," Stanley Kauffman wrote in 1959 of Stanley Kramer’s anti-nuke issue picture On the Beach. "The film must stand or fall by its effect on the viewer, whether he is American or Russian or Tasmanian; and that effect, as detailed above, is seriously qualified by mediocrities of writing, acting, and direction."

However, the more I thought about it—and with some help from friends—the more I realized I was being a bit obstinate. There are a few good conservative message movies! Here are five. 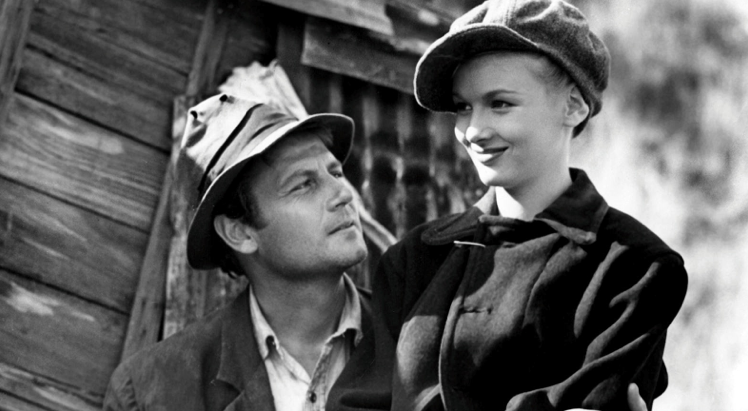 Suggested by my former boss Danny Wattenberg, Sullivan’s Travels was Preston Sturges’ broadside against the very concept of liberal message movies. Sturges’ biting 1941 satire of Hollywood skewered the smart set for insisting that issue pictures were of more social utility than pure entertainment—that audiences needed to eat their vegetables before they were given any cake.

"I want this picture to be a document, I want to hold a mirror up to life!" proclaims successful-but-unhappy director John L. Sullivan (Joel McCrea). "I want this to be a picture of dignity! A true canvas of the suffering of humanity!" When informed that such pictures die in working-class cities like Pittsburgh, Sullivan snorts, "What do they know in Pittsburgh? … If they knew what they liked, they wouldn’t live in Pittsburgh."

"The poor know all about poverty," Sullivan’s butler tells him. "Only the morbid rich would find the topic glamorous." Pooh-poohing the advice—the plebs don’t know what they want, remember—Sullivan decides to educate himself about the lives of the poor. He poses as a hobo, endures a number of misadventures, and comes to understand the power of entertainment when a crop of unhappy souls are stirred to joy for the first time in weeks while watching a Disney cartoon.

Manny Farber, though he admired Sturges’ technique, described Sullivan’s Travels in 1942 as "immature in its philosophy, formless, and without a single discerning characterization." David Thomson, writing in 2008, was closer to the truth: "There is something to be said for silly movies that make you laugh." 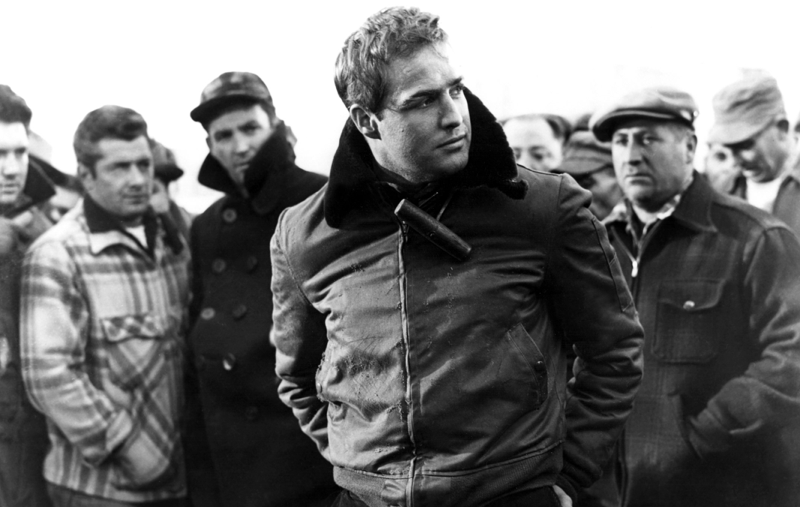 The context in which this picture was made is almost as important as the film itself if we are to understand why it’s a conservative message movie. Director Elia Kazan, who had briefly been a member of the Communist Party and had left it in disgust, testified before the House Un-American Activities Committee in 1952. He was one of the few Hollywood liberals to name names. He was practically the only one to unrepentantly do so.

"I believe that any American who is in possession of [knowledge about Communist activities] has the obligation to make them known, either to the public or to the appropriate government agency," Kazan wrote in an open letter published in space he purchased in the New York Times. "We must never let the Communists get away with the pretense that they stand for the very things which they kill in their own countries. I am talking about free speech, a free press, the rights of property, the rights of labor, racial equality, and, above all, individual rights. I value these things. I take them seriously. I value peace, too, when it is not bought at the price of fundamental decencies."

For his honest, forthright attack on communism, this good liberal—who, it should be noted, made several liberal message movies that could have easily made my previous list—was shunned by his friends and viciously attacked by colleagues. These attacks never entirely subsided: When Kazan received a lifetime achievement award at the Academy Awards, a number of Very Serious People refused to cheer for him.**

It was under this assault that Kazan made On the Waterfront, a film about the moral necessity of telling the truth about the criminal behavior of friends and family, no matter the cost. Washed-up boxer and low-level mob enforcer Terry Malloy (Marlon Brando) is called to testify on the criminal activities of the dockworkers union. After initial hesitance, he gives in. For helping solve the murder of an innocent he is forsaken, berated, and beaten, before triumphantly returning to the docks and leading a popular movement that breaks the criminal stranglehold over the union. 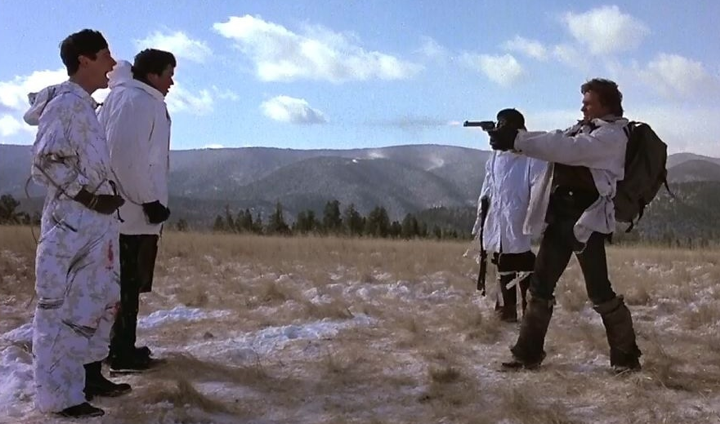 The only good commie is a dead commie. Same for commie informants.

The first two entries on this list are examples of film at its most artistic. Both are in the Library of Congress’ National Film Registry. On the Waterfront won eight Oscars.

Red Dawn, meanwhile, is genre trash. Denounced for its violence, ridiculed for its questionable performances, and excoriated for its far-right politics, Red Dawn has become something of a fetish object for the American right. And for good reason! It’s an intensely fun film concerned with convincing audiences that communism is evil, invading Central American hordes will rape your teenage daughters, Europe is not a trustworthy ally, and gun registries will leave you defenseless in the face of foreign aggression.

"The movie tapped into that darkest moment of Reagan’s first term when we all knew we were just about to get smoked," wrote Rich Cohen in The Real Lebowski, his excellent Kindle Single about writer-director John Milius. Cohen also highlighted Vincent Canby’s New York Times review: "Red Dawn is one of those rarely terrible movies that you cannot afford to miss—technically proficient, emotionally infantile, politically nuts."

It is interesting to note the ways in which the critical class dismisses conservative message movies: they are "emotionally infantile, politically nuts," and "immature," when they aren’t "fascistic" (as Andrew O’Hehir described The Dark Knight Rises*** in a review titled "The Dark Knight Rises: Christopher Nolan’s Evil Masterpiece). 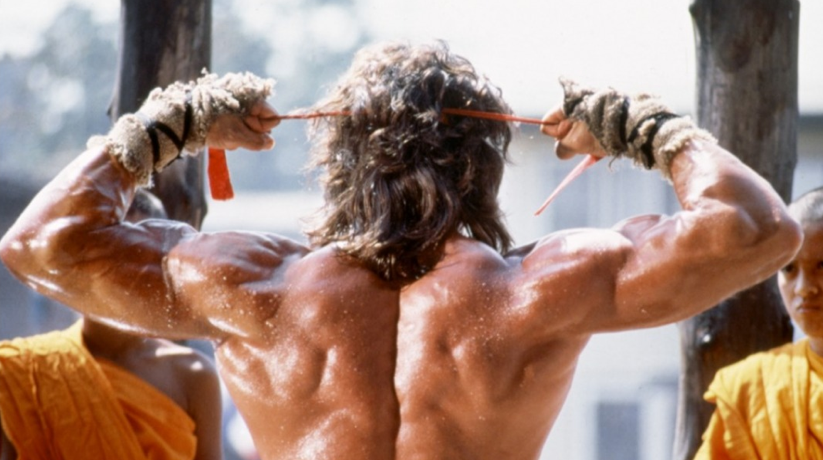 Red Dawn brought the commies to us. Rambo III took the fight to the commies. I love this description of the flick on Wikipedia:

Some critics noted that the timing of the movie, with its unabashedly anti-Soviet tone, ran afoul of the opening of Communism to the West under Mikhail Gorbachev, which had already changed the image of the Soviet Union to a substantial degree by the time the movie was finished. The 1990 Guinness World Records deemed Rambo III the most violent film ever made, with 221 acts of violence, at least 70 explosions, and over 108 characters killed on-screen.

There’s nothing not to love in those sentences. Rambo III questioned the assumptions of the elite class and dared to portray the Soviets as a monstrous force that needed to be destroyed, not one that should be reconciled with.

"‘Rambo III’ is dedicated ‘to the gallant people of Afghanistan,’ and it clearly intends that its politics be taken seriously," wrote Janet Maslin in the New York Times. "‘What we must do is stop this killing of our women and children,’ one [Afghan] fighter earnestly explains. And the film, for all its grandstanding, never goes any deeper."

But how much deeper need Rambo III go when it’s as entertaining as it is? 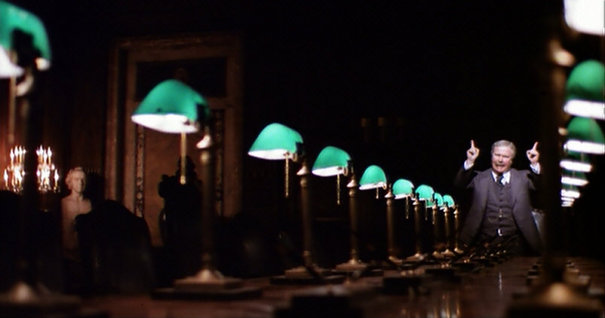 Those who have read my previous list might find this a bit confusing. How can it be a liberal message movie and a conservative message movie? And fair enough. Paddy Chayefsky, the film’s writer, was also unsure of its ultimate message:

"I’m not taking a stand — I’m not for anything or anyone. If we give Howard a speech at the end of the show, what would he say? I think I would like to say something against the destructiveness of absolute beliefs. That the only total commitment any of us can have is to other human beings."

Network is simultaneously horrified by the corporatization of American life and the American peoples’ acquiescence to that corporatization. It is critical of the excesses of extremist movements like the SLA and the breakdown of the American family. It foresaw the horrors of reality television and the onslaught of news-as-entertainment.

Was it a conservative film that "posited individual solutions to social problems, thus also reinforcing the conservative appeal to individualism and attack on statism"? Was it a liberal film that looks on horrified at those who would have us believe "the world is a business"? Was it "skewering hard-line commercialism and left-wing excesses"?

*I’ll cop to a bit of trolling here; I’m sure Bret Easton Ellis would throw a fit if he heard me describe this movie as "conservative." And I’m sure many social conservatives would decry the naughty words (and naughty bits) that flood the flick. But it is, essentially, a film about how living a hedonistic lifestyle will leave you riddled with AIDS. Sounds pretty reactionary to me.

**If you’re interested in reading more about Kazan’s struggles, you should read Richard Schickel’s excellent biography of the legendary director.

***I purposefully excluded The Dark Knight and The Dark Knight Rises from this list. Although they evince a conservative worldview, I do not think they are, strictly speaking, "message movies."