CEO is an Obama donor, has given almost exclusively to Democrats

THE POLITICO reports that President Obama, during his State of the Union address on Tuesday, gave shout outs to a number of American companies in an effort to highlight the strength of the U.S. economy. Nearly all of those companies, it turns out, are big political spenders and have contributed heavily to Democrats.

One of those companies was eBay, which Obama cited as an example of how "millions of Americans [are working] in jobs that didn’t even exist 10 or 20 years ago." That now seems like an unfortunate choice, because less than 24 hours after Obama’s speech, eBay announced it was cutting 2,400 jobs, or about 7 percent of its workforce. Investors welcomed the layoffs, and the company’s stock jumped more than 4 percent on the news.

Here’s a picture of Donahoe leaving the White House after meeting with President Obama last year to discuss, of all things, unemployment. 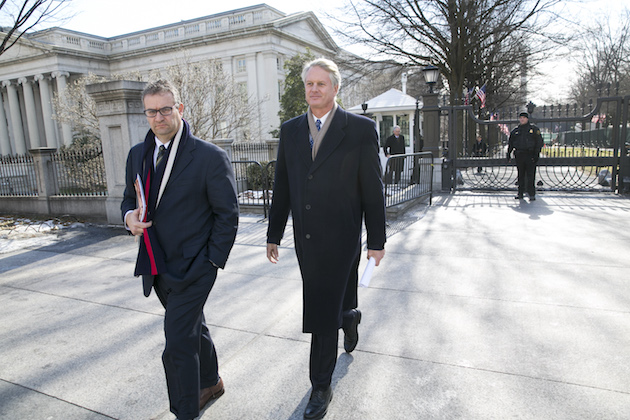 Published under: Barack Obama, Democratic Party, State of the Union