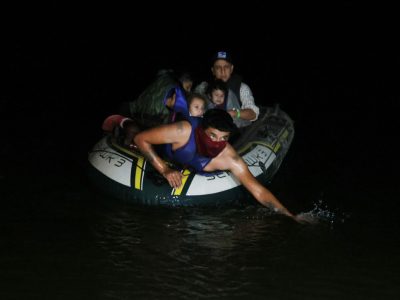 Chris Hughes Is a Backstabbing Loser

Facebook cofounder Chris Hughes surprised many this morning by writing a New York Times op-ed calling for a government breakup of the company he is no longer a part of. I'd be lying if I said I had strong feelings about a proposed breakup of Facebook. As a free market conservative I oppose both government intervention into private companies and unregulated monopolies, so hey, I could be talked into it.

Hughes does not appear to be the person to do so. He doesn't present any juicy insider knowledge and the extent of his anti-Facebook talking points are the same ones we've heard for the past two years; Russian interference, fake news, Cambridge Analytica, etc. etc. At times his views are downright illiberal, such as when he suggests we should form a government agency to "create guidelines for acceptable speech on social media." Yeah, no, let's not do that.

Nor are his views particularly coherent. On one hand, it's unacceptable that Facebook allows bad actors to "influence elections and empower nationalist leaders" and "enabled the spread of fringe political views and fake news." On the other hand, he complains about "Facebook manipulating speech" in Myanmar when Zuckerberg "made the decision to delete the private messages of Facebook users who were encouraging genocide." Huh? That's sounds like exactly what you want them to do. When it comes to problematic speech, they're damned if they do, damned if they don't, and the only answer for Hughes is government censorship.

Anyway, he could've made the best argument in the world, but the larger problem is it's difficult to separate the man from the argument. It's like reading an op-ed by Pete Best about how much Ringo sucked, or George Lucas complaining about the direction of the new Star Wars. You know who the personalities involved are and it's impossible not to read the op-ed in that light.

For those who are unaware, Hughes is a guy who, by his own admission, lucked his way into half a billion dollars by being randomly assigned Mark Zuckerberg's roommate at Harvard. While fellow founders like Dustin Moskovitz and Eduardo Saverin indisputably were key players in designing and funding The Facebook, Hughes' contribution was acting as a charming spokesman for his robot boss and thinking up the poke button (a.k.a that feature you used once a decade ago and then never touched again because it's creepy).

Hughes departed the company in 2007 and sold his shares in 2012 in what was certainly a bad decision; he'd easily be a multibillionaire today if he held onto them. Of course, Chris Hughes's record of failure and poor judgment is unparalleled. Most famously, he bought the New Republic as a vanity project and singlehandedly ran the once-respected publication into the ground, prompting mass resignations and the flight of basically every prominent writer and editor on staff.

He and his husband Sean Eldridge also bought a mansion in Upstate New York with the express purpose of having Eldridge running for Congress in a swing district (two mansions actually, so Eldridge could decide which district to run in). Eldridge tried to buy his way to victory, taking Hughes' money and forming a venture capital firm that dumped money into Hudson Valley businesses, and then running on the jobs he had created in the district.

Eldridge, backed by President Obama and a powerful network of Democratic donors, outspent Republican opponent Chris Gibson 3-to-1 in a district that Obama had won by six points two years earlier. He lost by 28 points.

You'd think that Hughes might be a little more self-conscious of the fact that he has never accomplished anything in this life that didn't spring directly from his infinitely more talented college roommate. His fame, his fortune, his elite status, everything he has, he owes to Mark Zuckerberg. Yet here he is publicly stabbing Zuckerberg in the back.

I just can't get past it! It'd be bad enough if the op-ed was focused on Facebook, but throughout the entire piece Hughes keeps the focus on Zuckerberg specifically: "Mark’s influence is staggering, far beyond that of anyone else in the private sector or in government," "The government must hold Mark accountable," "Mark’s power is unprecedented and un-American," "Mark’s personal reputation and the reputation of Facebook have taken a nose-dive," "From our earliest days, Mark used the word "domination" to describe our ambitions, with no hint of irony or humility," "Mark’s drive was infinitely stronger ... domination meant domination, and the hustle was just too delicious."

At the same time, "Mark is a good, kind person," Yeah, your admiration and love for your friend really shines through, you little weasel.

I don't begrudge Hughes for being a mediocrity who piggybacked off an actual smart guy to earn his millions. But if I were in his position, I would worship at the feet of Zuckerberg until my or his natural death. Is it too much to ask that a guy remain loyal to his $500 million meal ticket?

The whole thing reeks of self-service and social preservation. To liberals in polite society, Facebook is no longer an inspiring tool for social change, but Bad For Society. What's a guy attending galas and Democratic fundraisers as part of New York City's foremost gay "power couple" to do? He has everything to gain by recasting himself as the anti-Zuckerberg and absolutely nothing to lose.

Every messy and disgusting and unethical thing Facebook did in its early days, Hughes profited. Now, however, he's found his moral compass. Luckily for him, he discovered it after gaining an enormous fortune.