Back in 2004, EA’s Madden NFL game franchise signed a licensing deal with the National Football League guaranteeing exclusive rights to all league properties, effectively ending competition from other developers.

However, while professional leagues sign lucrative deals with the major game developers, individual athletes are left to their own devices to build their own nook in the crowded branded athlete market. A piece by Bloomberg Businessweek documents how individual athletes such as Usain Bolt take advantage of smartphones and the mobile gaming market to grow market share.

While there are hundreds of thousands of apps for sale on Apple’s (AAPL) App Store and Google’s (GOOG) Play service, athletes have an outsize ability to cut through the noise. "There is a major discovery problem among app developers right now, and this helps," Shahidi says. "The celebrity-branded apps have a competitive advantage."

Athletes get to have their own individually licensed game, and mobile developers have the brand advantage (like EA and the NFL) to pull ahead in a crowded market.

Quality of the app is obviously paramount. There is a reason Bolt’s Bolt! app has been downloaded more than 3,000,000 times.

The game features a cartoon Usain Bolt sprinting from pirates as he collects gold tokens. With a simple flick of the finger, Bolt can jump or slide from danger. As he progresses through each level, he collects Gatorade icons (Gatorade is one of Bolt’s sponsors) that fuel his sprint. Collecting Gatorade is necessary to keep playing, but the faster Bolt runs, the more he runs into traps the pirates set out.

As Bolt engages his world-class speed, he eventually obtains a RPG. Which is quite an aggressive weapon choice. But we all know pirates are dangerous. Can't take any chances.

For a free app, Bolt! is a fun distraction, good to waste time with while waiting at the dentist or on the Metro. Three million people can’t be wrong.

Bolt! is available for download in the iTunes App Store. 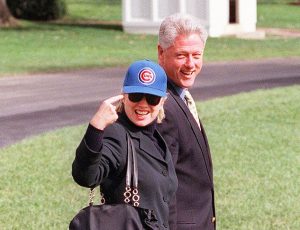