The U.S. Supreme Court delivered a win for freedom-loving Americans everywhere this week when it unanimously ruled in favor of Alaska moose hunter John Sturgeon, who had sued the National Park Service in 2011 for prohibiting the use of his hovercraft on a national preserve where he had hunted for decades.

The justices rejected the agency's argument that the Nation River, where Sturgeon wished to operated his hovercraft, was "public land" under its regulatory jurisdiction. "That means Sturgeon can again rev up his hovercraft in search of moose," wrote Justice Elena Kagan, who authored the opinion. "We reverse the decision below and wish Sturgeon good hunting."

Sturgeon's case was rare in that it was considered twice by the nation's highest court. The Supreme Court review the case in 2016, but sent it back to a lower court for reconsideration. When that court, the 9th Circuit Court of Appeals, sided with the National Park Services, the case returned the Supreme Court, which sided with the plaintiff.

Sturgeon said he was "really happy" with the court's decision, describing it as "a huge win for the state of Alaska."

Indeed, anything less than unanimous support for Sturgeon's God-given right to hunt moose with a hovercraft would have been a lamentable blow to the freedoms on which this country was founded. 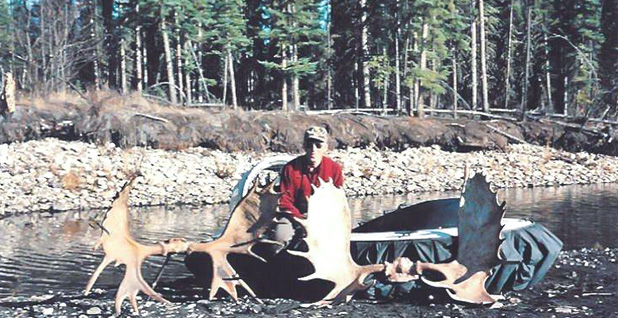