Interesting new poll out from Morning Consult reveals a great deal about the state of play in the Star Wars Universe. Let's dive right in, shall we? 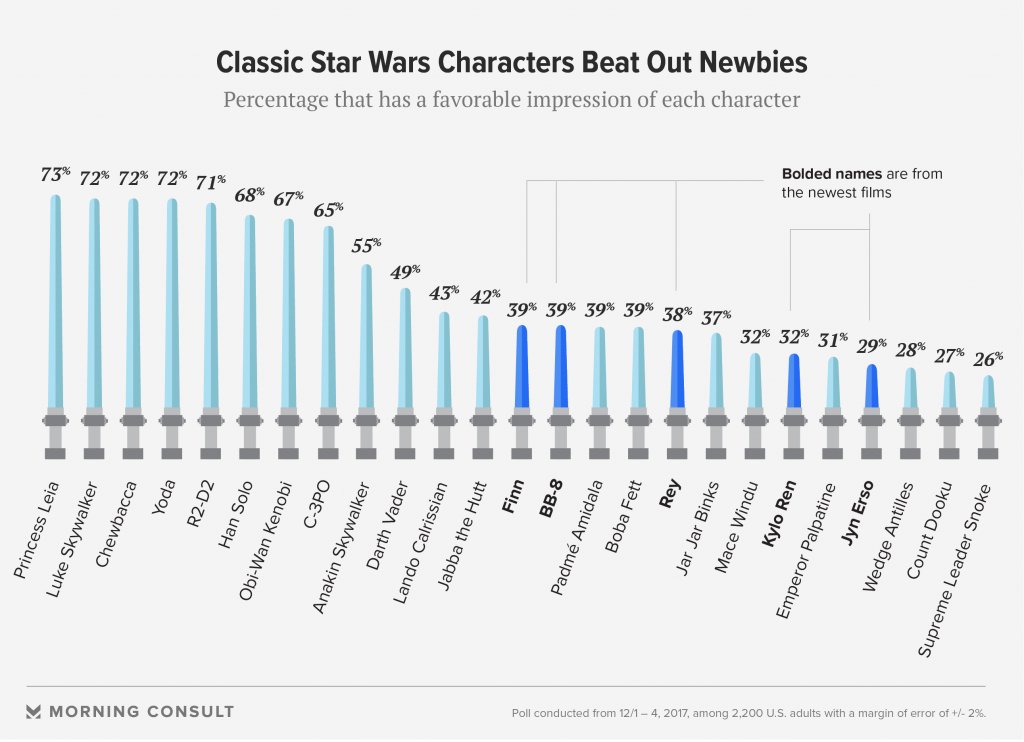 A few things jump out:

It's going to be an interesting week ahead of the release of The Last Jedi. I'm guessing we'll see a late push for Finn, who appeals to a variety of demographics, as well as Kylo Ren, as his brand-awareness improves. And why don't we have numbers on Poe Dameron yet? Seems like a startling omission. What, exactly, is the Resistance hiding? Its internals must be TERRIBLE.