The White House's top budgetary office overpaid for a bland beige area rug, according to records obtained by the Washington Free Beacon.

The Office of Management and Budget spent $2,735 in October for the order and delivery of the 12′ by 9′ rug, the government documents show. The custom Bora Bora rug in the chosen color of "Starfish" was sold to the agency for $1,972, with additional costs attributed to freight, delivery, and padding.

A Washington Free Beacon investigation found that the White House budget office likely got ripped off, and could have purchased an identical rug for far less than what it paid. The Bora Bora rug is manufactured by Fabrica and cut into custom sizes by retailers. New York-based carpet retailer Kanter's Carpet & Design Center told the Free Beacon it charges just $1,600 to custom-build a 12′ by 9′ Bora Bora rug, a price the company said includes binding, pads, and local delivery.

The Office of Management and Budget did not respond to a request for comment on the price of the beige rug. Price Modern, the furniture company that sold the rug to the agency, confirmed the sale to the Free Beacon but did not specify how the price was determined. 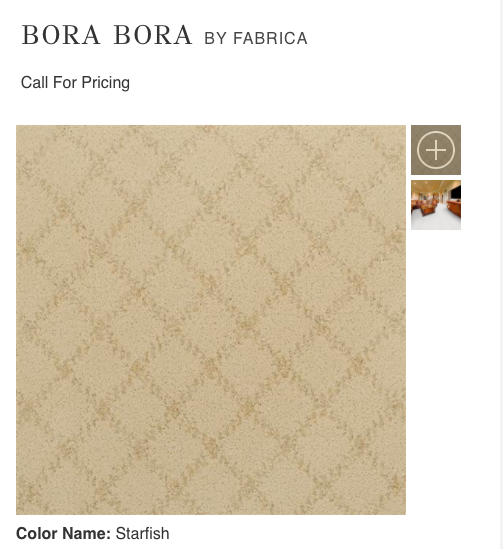 The Bora Bora rug itself is priced as a top of the line product in the rug industry. A 12′ by 9′ rug, according to the floor guide website Carpet Captain, typically costs between $100 to $1,000. At high-end furniture stores such as West Elm, the most expensive 12′ by 9′ rug available retails for $1,725, hundreds of dollars less than the Bora Bora.

The carpet purchase is the latest exorbitant furniture purchase by the Biden administration. The Free Beacon reported in January that the Office of the Director of National Intelligence spent $12,134 on four office chairs. In October, the Free Beacon reported that Secretary of Agriculture Tom Vilsack purchased an uninspiring pair of drapes for his office for $2,000. It is unclear whether Vilsack purchased carpet to match the drapes.

The State Department under the Obama administration spent $52,000 on curtains at the Manhattan residence of the ambassador to the United Nations.

Published under: Office of Management and Budget