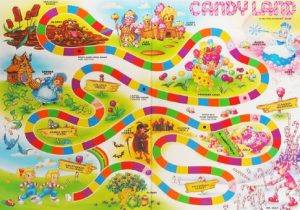 The hottest art exhibit in New York this summer is the Museum of Ice Cream. It is a pop-up museum that opened on July 29 across from the Whitney Museum on Gansevoort Street in Chelsea. The Museum of Ice Cream was originally scheduled to close at the end of August, but due to popular demand it extended its run until September 10. Maryellis Bunn, the 24-year-old creator of the Museum of Ice Cream, tells us that she conceived of the idea as a child and now, as an adult with the means to do it, has made that dream a reality. With few exceptions, the patrons of the Museum of Ice Cream are not children. They are well-dressed New Yorkers, conspicuously of the Millennial variety. 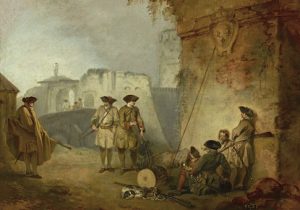 Antoine Watteau had a brief but influential career as a painter in France at the turn of the Eighteenth Century. The vast majority of his works are the kind of scenes we have come to expect from that period: powdered aristocrats in landscaped gardens; lovers, also in landscaped gardens; the occasional fête gallante, again, in a landscaped garden. Watteau painted with a cool pallet of muted greens, blues, and yellows, occasionally punctuated by a splash of red on a coat or azure on a vest. Most of the figures he depicted are rendered in only a few layers of paint, giving them an illustrated quality that we now associate with cartoons. It is style of painting, both in form and subject-matter, that readily lent itself to the decoration of tea sets and dinnerware. 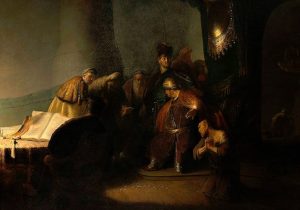 With an artist as familiar as Rembrandt, it is difficult to make his work appear fresh. It is even more difficult for a curator to avoid overwhelming an exhibition’s guests with example after example of virtuosity. Yet that is precisely what the Morgan Library and Museum in New York has achieved with “Rembrandt’s First Masterpiece,” which is on display through September 18. 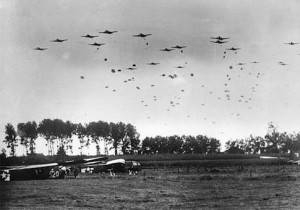 There is a growing genre of World War II literature devoted to chronicling the Allied efforts not just to defeat Nazi Germany, but to rescue Europe in the closing months of the war. Believing themselves the vanguard of a thousand-year empire, Hitler and his inner circle were prone to millenarian thinking. As the Red Army moved block by block into Berlin and as Allied bombers leveled city after German city, Hitler issued multiple orders to lay waste to the Europe he had been unable to conquer.