A top aide to presumptive Democratic nominee Joe Biden has a history of making denigrating remarks about women and gay people.

Kamau Marshall, who joined the Biden campaign as strategic communications director in April 2019, has repeatedly demeaned women in tweets sent over the last decade, Fox News reported Tuesday. In December 2011, Marshall said that he needs a woman to "know her place," and in January 2012, he asked "Are all women crazy????"

In addition to the tweets highlighted by Fox News, Marshall in November 2010 said that "if you see a guy around women all day more than likely he wants to be 1 or he is very fem #Imjustsaying." 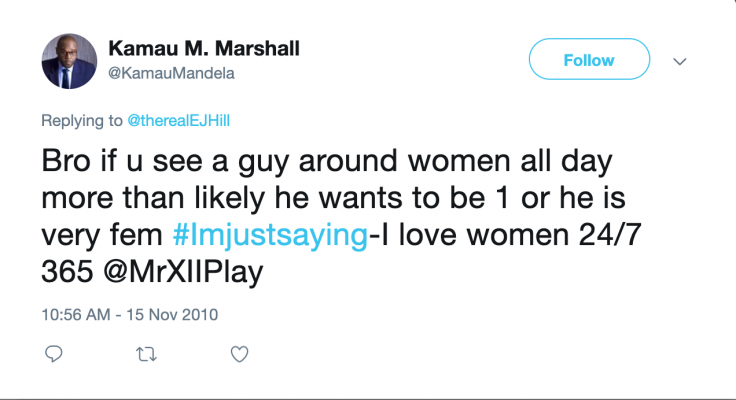 Marshall also used the term "no homo" in multiple tweets. He deleted a 2010 tweet that read "Wood wakes everybody up…no homo but to many memories #hazing is bad smdh lmao."

He repeatedly questioned the allegations against disgraced comedian Bill Cosby, who has since been convicted as a sex offender.

"It's not a coincidence that Cosby can be arraigned on allegations, yet countless police officers who gun down black bodies aren't indicted," Marshall tweeted in 2015.

The revelations about Marshall come after Biden campaign videographer Sara Pearl faced criticism for sharing a meme describing police as inferior to pigs in a July 1 tweet. The photo shared by Pearl asks readers to "please stop calling cops ‘pigs,'" as "pigs are highly intelligent and empathetic animals who would never racially profile you." 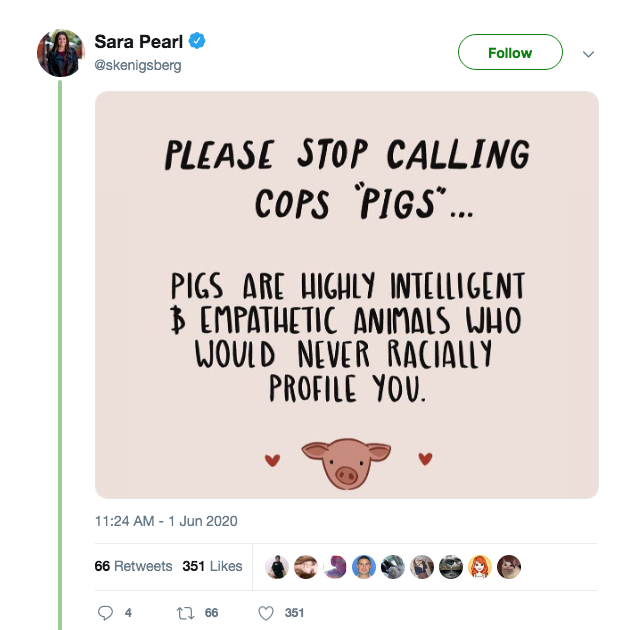 The Biden campaign has not yet addressed the tweets shared by Marshall or Pearl and did not respond to a request for comment.