A Texas state senator will not back Democratic Senate candidate M.J. Hegar, saying she has a "problem" with African Americans, the Austin American-Statesman reported Friday.

"[Hegar has] had a problem all along with black folks, I mean realistically, a real problem," said state senator Royce West. "She has never reached out … I'm not voting for her; I'm not voting in that race."

West challenged Hegar during the Democratic primary and lost by a narrow margin during a July runoff election. Hegar had the support of prominent national Democrats, including Sen. Elizabeth Warren (D., Mass.) and Senate Minority Leader Chuck Schumer (D., N.Y.), which some say may have been the deciding factor in the race.

In the final stretch of the primary, Hegar accused West, who vied to be the first black senator from Texas, of corruption and questioned his commitment to the Democratic Party.

Hegar's opponent, Sen. John Cornyn (R., Texas), said Hegar's line of attack against West was offensive. "There's a reason why Royce West doesn't call up M.J. Hegar, because [of] the way she treated him during the primary," the senator said during a debate last week. "She basically suggested that the state senator, an African American, a successful lawyer, the only way he could attain that was to be corrupt. That's the way she treats people."

Hegar said she had not sought an endorsement from West because she believes endorsements are "a big part of what's broken in politics."

Without West's endorsement, Hegar has made reaching out to African-American voters a top priority for her campaign. Last week, Hegar announced a seven-figure media outreach campaign to black voters.

Hegar will challenge Cornyn's seat in November. The senator currently leads the Texas Democrat by more than 7 points, according to the RealClearPolitics polling average. 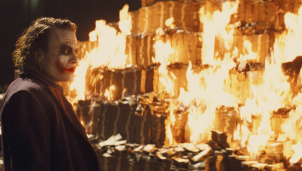