The Senate Majority PAC is pouring $6.5 million into a South Carolina ad blitz, signaling that national Democrats see the race between Graham and Harrison as competitive. The first ad, released Tuesday, claims Graham has "gone Washington" over special interests and the price of prescription drugs.

"You'll be seeing drug prices falling substantially in the not-too-distant future, and it's going to be beautiful," President Trump says at the start of the ad. "Not with Lindsey Graham in the Senate," the ad's narrator says, "because it's Graham who stands in the way. He's spent 25 years in Congress taking millions from special interests like big drug companies, then voted against lowering drug prices. If we want lower drug prices, we need to clean out the swamp. Lindsay Graham: gone Washington, gone bad."

The ad never references Harrison, who pushed the interests of major pharmaceutical companies for years as a D.C. lobbyist. While Harrison was working for the now-defunct Podesta Group, he directly represented pharma giants Amgen, Sanofi, Novo Nordisk, Genzyme, Merck, and Amylin Pharmaceuticals. His campaign did not respond to inquiries about his work with Big Pharma.

Harrison's eight-year span as a lobbyist proved lucrative for the Senate candidate. Prior to joining the Podesta Group in 2008, he reported no assets, with credit card and loan debts valued between $140,000 and $365,000. By the time Harrison had left the Podesta Group in 2016, he had amassed up to $3.45 million in assets.

National Democrats are now looking to South Carolina as an opportunity to flip a Republican-held Senate seat. The ad buy from the Senate Majority PAC is the group's first foray into the Palmetto State and includes a $1.5 million digital campaign and $5 million in television ads.

"Jaime Harrison has put this seat in play by running a strong campaign and earning the trust of South Carolinians who are ready for change," J.B. Poersch, the Senate Majority PAC's president, told the Washington Post.

The candidates and outside groups have already bombarded South Carolinians with $72 million in ad spending. Harrison has accounted for $50 million of that total since his June Democratic primary. Graham, by comparison, has spent less than $20 million on ads to date. 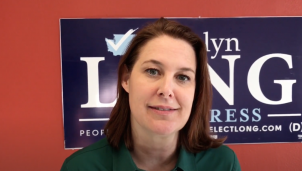