"I am very clear that we have got to, in America, reimagine how we are accomplishing public safety," Harris said when asked by CNN's Dana Bash whether she supported a strong police presence in cities. "If you go into any upper-class suburb in America, you will not see police presence, but what you will see are well-funded public schools, high rates of homeownership, [and] small businesses that have access to capital."

When asked again whether she supported her former position, Harris refused to answer directly.

Harris's current position contradicts her 2009 book Smart on Crime, in which she supported stronger policing in the streets and said it was a "myth" that poorer neighborhoods do not want more police in their area.

As American cities were engulfed in anti-police protests this summer—some of which exploded into destructive and ongoing riots—the Trump campaign and Republicans accused the Biden-Harris ticket of refusing to back law enforcement officers. Following the death of George Floyd in police custody, Harris encouraged her supporters in June to donate to the Minnesota Freedom Fund, which bailed out people charged with looting and other violent acts in Minneapolis.

While Harris has previously dodged questions about support for police, she agreed with Salon editor-at-large D. Watkins that police tend to "harass and take up space in poor communities" last year. 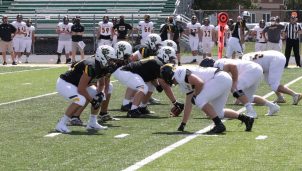