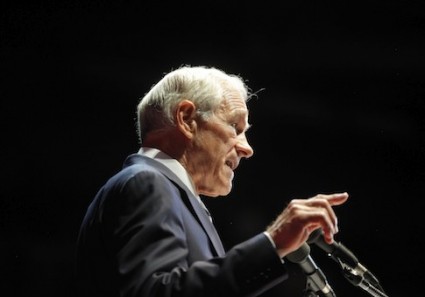 The head of a controversial organization that critics describe as anti-Semitic defended his activism and questioned the facts behind the Holocaust one day after former Rep. Ron Paul was asked about participating in a conference organized by the group. The Fatima Center, a "grassroots association of Catholic priests and lay people," is hosting a conference in early September at which Paul will give the keynote address on September 11th. The organization has published articles claiming that Jews are attempting to undermine the Catholic Church on behalf of Satan and that “Zionist billionaires” are guilty of “financially raping” Russia’s people.

Former congressman and presidential candidate Ron Paul is scheduled to give a Sept. 11 keynote address at a conference sponsored by an anti-Semitic organization, the Southern Poverty Law Center reports.
« Newer Articles