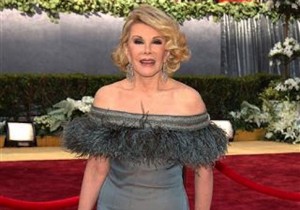 The New York clinic that treated Joan Rivers leading up to a fatal complication during a medical procedure made several mistakes along the way, the Times of Israel reported Tuesday. 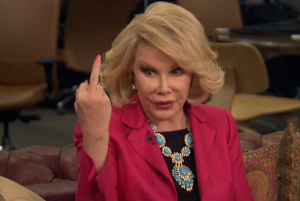 The most admirable thing about Joan Rivers, to my mind, was her uncompromising refusal to kowtow to the mob. She aimed both barrels at all comers and let everyone have it equally. She joked about the Holocaust and about celebrity culture and about her own addiction to plastic surgery and if you didn't like it, well, tough. She wasn't going to say what you want to make you happy, to make you like her. Like the good folks at South Park, she understood that once one special interest group clawed an apology out of you you were only opening yourself up to every other special interest group that wanted their pound of flesh.

World-class comedian and red carpet staple Joan Rivers died today at the age of 81. In addition to her iconic role interviewing and mocking celebrities, Rivers was a staunch supporter of Israel.