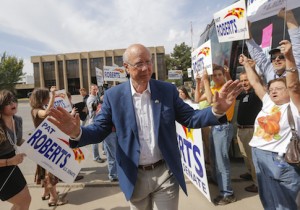 Kansas Sen. Pat Roberts reclaimed his seat in the U.S. Senate on Tuesday, delivering a win despite trailing by double digits in September and defeating millionaire Democrat-turned-independent Greg Orman, according to election observers from Fox News. 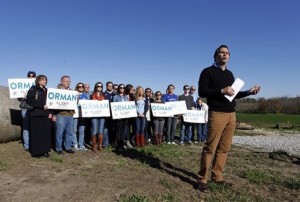 Greg Orman, the “independent” candidate for Senate in Kansas, employees a number of former Democratic operatives and associates. 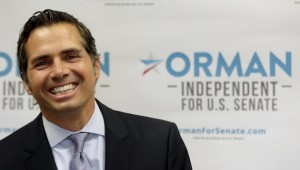 Kansas millionaire Greg Orman is relying on Democratic campaign firms to guide his independent run for the U.S. Senate.

Greg Orman, the “independent” candidate challenging Republican Senator Pat Roberts in Kansas, doesn’t think Kansas voters should know which party he’ll caucus with if he wins. But judging by the groups spending money to elect him, it seems pretty clear where his loyalties will lie. Orman has been endorsed by the AFL-CIO, and is backed by Democratic super donors such as hedge fund billionaire Jim Simons.