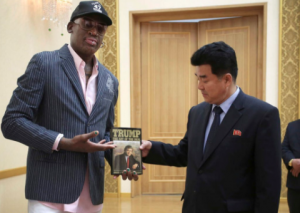 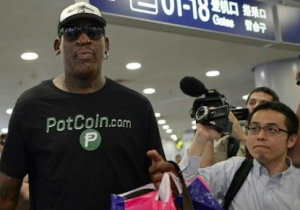 Former NBA player Dennis Rodman landed in North Korea on Tuesday for at least his fourth visit to the country, saying he hopes to "open the door" for President Donald Trump. 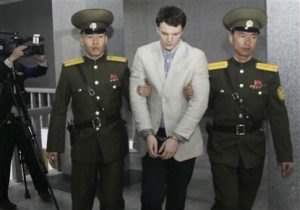 Otto Warmbier, the American college student who has been detained in North Korea for 17 months, has been released by Pyongyang. 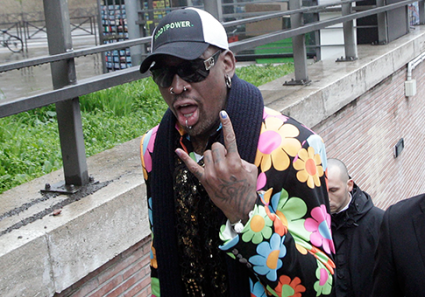 Infamous crossing-dressing baller Dennis Rodman has his sights set on the Nobel Peace Prize. The 52-year-old former Chicago Bulls power forward speaks candidly in the latest issue of Sports Illustrated about his role as a peacemaker between the United States and North Korea. 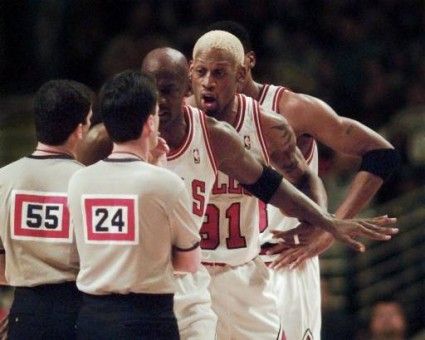 The United States and the Hermit Kingdom may have fundamentally disagreed on every single way of life for the past 60 years, but for the first time, the two nations have come to a middle ground: each would pick Michael Jordan first in a basketball game. The Paper of Record reports on stories people care about and, in this instance, on why the Nork Boy-King would settle for the Worm for a diplomatic photo-op:

“Jordan wasn’t interested,” said Shane Smith, the founder and chief executive of the Vice Media Group, the HBO partner that conceived the North Korea trip and helped persuade the authorities there to permit it. 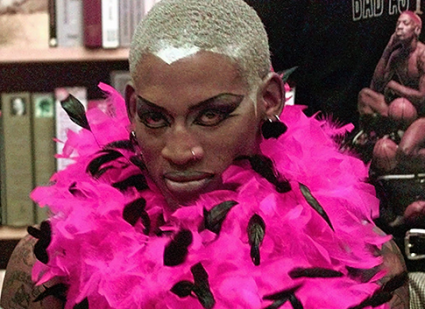 In a stunning display of U.S. diplomacy and basketball ambassadorship, one of the greatest defenders and arguably the greatest rebounder in professional basketball history made an unprecedented trip to North Korea. Dennis Rodman, better known as “The Worm,” is traveling to the Democratic People’s Republic of Korea with three members of the Harlem Globetrotters, in what seems like an episode of Scooby Doo, to star in a VICE Media HBO documentary to air in April, said Vice founder Shane Smith to the AP.