Tony Evers, the Wisconsin state superintendent of public instruction and now a Democratic candidate for governor in the state, did not revoke the license of a teacher who watched pornography at work, made sexually explicit comments about female students, and sexually harassed a fellow teacher and retaliated against her after she had filed a complaint against him.

The detailed findings of the case against Andrew Harris, the teacher at the middle of the controversy that has taken center stage in the state's gubernatorial race, are laid out in a summary report obtained by the Washington Free Beacon.

The school districts summary report was put together following an investigation into Harris, a seventh grade science teacher at Glacier Creek Middle School in Dane County, Wisc., after another teacher had filed a complaint against him for viewing and sharing pornographic material on his school computer and email account during work hours.

The teacher who complained feared the students would see Harris viewing the material.

Another email, which was forwarded to Harris, was a "movie file attachment of a midget soccer player who proceeds to have sexual intercourse or perform various sexual acts 11 separate times in the movie with a woman."

"wow! happy easter monday to me!!," Harris replied to the email.

Another forwarded email with the subject line "Hen Party" was a movie attachment "that shows women at a party playing a game in which they use toilet bowl plungers with the handles sticking out between their legs to run to the other line and removed a toilet paper roll that is being held between the other line of women's legs."

Harris had sent nine replies and forwarded two of the emails while he was at work. The full summary of the emails Harris had received from his sister is detailed in the report that can be viewed here.

The investigation also discovered that Harris had made comments during meetings that drew the ire of coworkers, according to interviews.

One such example listed in the report is a comment he had made about a seventh grade female student that was struggling in school.

"Harris stated that she should brush up on her blow job skills because that's all she'll be good at later in life," the report states. The comment drew objections from other team members. Harris would also sometimes comment on the "chest sizes or the overall physical appearance" of female students still in grade school.

Harris also retaliated against and harassed the teacher who had initially reported him, according to the findings.

A chain of emails showed that Harris said he wanted to Photoshop the teacher's face onto a picture from "one of those nude fatty sites. Something really large and grotesque." The victim said she felt like a "rape victim with the frat buddies that are all in on it."

The investigation concluded that Harris received emails that violated the District Acceptable Use Policy and/or the Harassment Policy and contained inappropriate materials, encouraged and furthered the receipt of the inappropriate emails, engaged in behavior that constituted harassment, and that the person who reported him had "reasonably perceived the environment to be hostile" or had adversely impacted her ability to enjoy all aspects of the workplace.

It was recommended that Harris's employment be terminated, and in May 2010 the board voted to end his employment.

The actions were also reported to the Wisconsin Department of Public Instruction. Donald Johnson, the district superintendent, asked for Harris's license to be revoked. Evers, the Wisconsin state superintendent of public instruction at the time, refused that request, saying he did not have the power to do so.

The Middleton Education Association, his union, then interjected following Harris's firing and demanded that he be given his job back.

During arbitration between the district and the union, the arbitrator said that Harris's discipline was unfair and sought the termination be reduced to a suspension. Harris was ultimately allowed back at the school, but a teacher's aide had to be placed in the classroom with Harris.

Thomas McCarthy, the communications director for the Wisconsin Department of Public Instruction, responded to inquiries sent to Tony Evers by claiming that the report was designed to highlight unfavorable points against Harris.

"The report you likely have was issued by the school district in justification of their employment action (firing him). It is not unbiased and is designed to highlight the points they felt were favorable," said McCarthy. "Attached you will find the arbitrator's decision, which evaluated the facts of the case and called witnesses to validate the information. This will hopefully be helpful in setting some of the record straight in terms of the incident in question."

The report McCarthy references can be viewed here.

"In regards to your licensing question, it's important to note that licensing decisions are separate from employment actions in Wisconsin," continued McCarthy. "The state agency handles licensing, but is not involved in employment actions. To meet the terms for a license revocation during this period of time, the action in question had to meet the immoral conduct standard AND have a direct nexus with a child/student. The second prong of that test could not be met in the Andrew Harris case, despite the agency's best efforts to do so." (emphasis original)

McCarthy added that they "advocated for a change in law, which was granted, that now permits us to revoke a license based singularly on viewing/distributing of pornography using a district resource (taking away the and test for cases of this nature). Had this been in place for this incident, Mr. Harris would have lost his license."

However, the Republican Party of Wisconsin says that Evers did have the authority under 2010 Wisconsin State Statutes to revoke Harris's license, according to a legal analysis memo provided to the Free Beacon on the issue.

The memo states that under the 2010 statutes "the Superintendent of Public Instruction was empowered to revoke any license granted by the State Superintendent for immoral conduct on the part of the licensee. Despite this statutorily prescribed authority, Superintendent Evers claims he didn't believe he had the legal authority in 2014 to revoke Harris's licenses for conduct committed in 2010," the memo reads. "Evers may be referring to the Wisconsin Constitution's general prohibition on ex post facto laws which retroactively change the legal consequences of actions that were committed before the enactment of the law."

"With each new development in this story Tony Evers comes up with yet another excuse to justify his failure to remove a teacher accused of not only spreading pornography and making predatory comments about children, but as we now know also sexually harassing and retaliating against a fellow teacher," Zimmerman told the Free Beacon. "These latest revelations are damning; Tony Evers's track record of reckless inaction put children and teachers at risk all for the sake of political expediency as he bowed to union pressure.  Evers simply cannot be trusted to protect Wisconsin families."

Trump to Demand Recount in Wisconsin 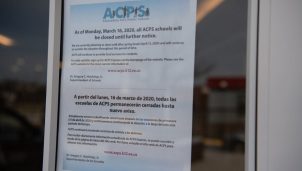